Movie Review: Fire With Fire has no spark

Yawn. The opening sequence of Fire With Fire announces that viewers are in for absolutely nothing they weren't expecting. 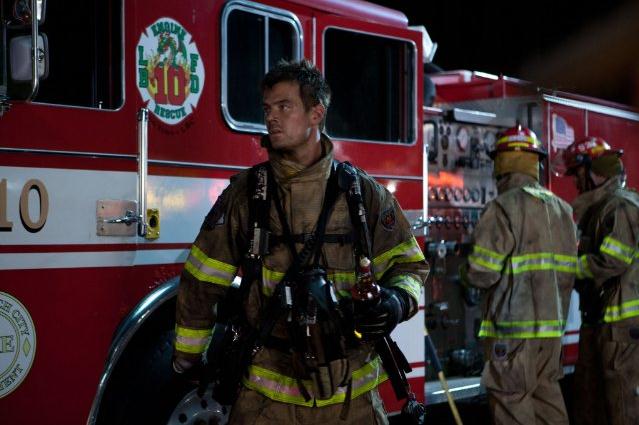 The second Josh Duhamel walks into one of those American convenience stores late at night, it is clear that either a robbery is about to take place or something – some unseen protagonist – is about to arrive. These scenes are the work of an unimaginative cast and crew and the result is rather predictable.

But that scene is intended to kick off things with a bang and illustrate the evil nature of the villain of the piece, played by Vincent D’Onofrio. The character’s southern accent in a West Coast setting is mildly entertaining, but the idea of a fascist white supremacist encroaching on the Crips gang territory is absurd.

Bruce Willis plays a supporting role – as is often the case, he is a bitter burned-out cop carrying a major grudge.

That Duhamel plays the lead should be telling too. He hasn’t been the most convincing leading man since his television work in Las Vegas, and here he is a one-man army who sets out to destroy the villain who seems to wreak havoc at will and who has unlimited access to police files across the US.