Celebs to take over city streets this summer

AKA, Riky Rick, DJ Tira and many more will take over the city streets when Superbalist In The City presents the Virgin Mobile Braam Beach Party. 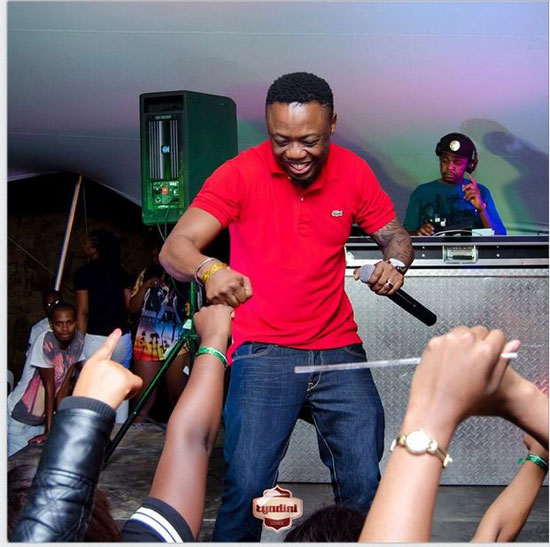 The beach is coming to downtown Jozi for this year’s hottest event. Superbalist.com and Virgin Mobile are bringing the sand, sun and the best in hip-hop, rap and house to the streets of Braamfontein when Superbalist In The City presents the Virgin Mobile Braam Beach Party on Saturday, October 8.

Supporting the best in local talent, for the first time ever, Superbalist In The City is expanding the festival to a three-day weekend takeover from October 7 to 9, now including a sizzling urban event in the heart of the city. Bringing the heat will be SA’s top urban acts.

Taking to the stage will be the “Baddest”; award-winning hip-hop icon AKA, who has won numerous Metro FM, Sama and Channel O awards, and performed at the BET experience this June in the US where he was nominated in the category Best African Act, for two years in a row.

A veteran in his own right, UK producer Atjazz has been performing for more than 20 years and is a master at pulling crowds. He has also been a prolific remixer throughout his career, remixing and reworking works for artists such as Nitin Sawhney, Bob Sinclar, Jazzanova, Zed Bias and Omar, to name but a few.

DJ Tira is the owner of the hit-making Durban-based independent record label – Afrotainment. He performs as DJ Tira locally and has hit the stages internationally too.

Boasting an exciting eight years and counting, p.H is known for his impressive versatility and energetic stage presence and is arguably one of the country’s finest entertainers.

Stilo Magolide’s music is packed with catchy beats and makes your head bob. Apart from his incredible music, Stilo broke social media last year when #PoseLikeStilo went viral, with fans all over Instagram and Twitter sharing his now famous pose.

Riding the hype of his latest track “Hell of a Life”, DJ Capital will hit the stage at the #BraamBeachParty. This Hip-Hop Awards nominee has crowds across the country jumping and has opened for loads of international acts.

Taking inspiration from soul, Latin and kwaito before discovering house music at the age of eight, Jullian Gomes has been making waves since his first gig in 2010. Already a Sama nominee at just 23, Gomes has performed extensively and remixed for artists like Black Coffee, The Layabouts and British Soul legend Omar.

Shekhinah is a talented songwriter and performer and reached the Top 32 of MNET’s SA Idols in 2011, finishing in the top six of MNET’s Season 8 of SA Idols in 2012. She takes inspiration from SA artists like Lira, Mi Casa and Danny K.

Melo B Jones is a soul songstress based in Johannesburg. Formerly known as TuMi; her love of jazz makes her well-rehearsed in creating an atmosphere that will keep audiences reeling.

This incredible line-up was revealed at an exclusive launch party at Great Dane in Braam on Thursday, July 7. The heaving party, packed from door to door, was a small taste of the insanely fresh main event to come on October 8. Attendees got to meet and mingle with some of the line-up who made special appearances, like Riky Rick, Stilo Mag, and DJ Capital.