Something tells us another death threat from Steve Hofmeyr might be on its way. 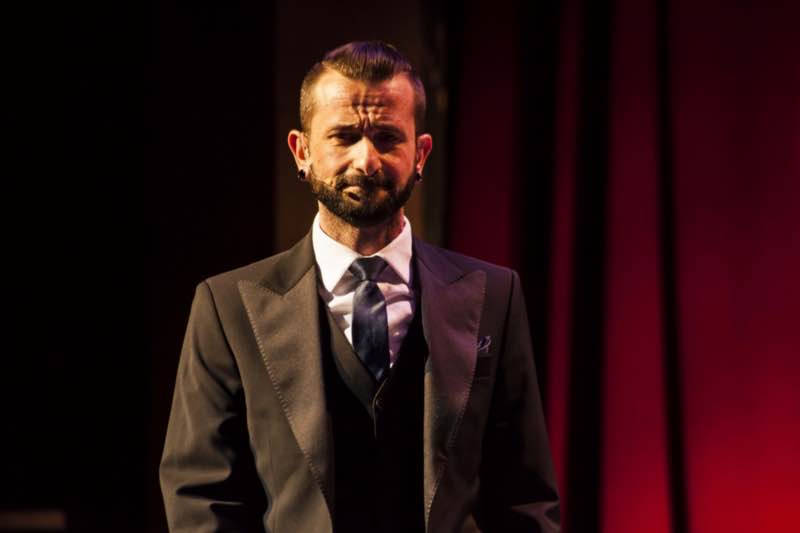 In an interview published on Monday on TimesLive, comedian John Vlismas explained that he had “extensively researched the history of racism” to prepare him for his next comedy show, Revelations 2, The Good Racist.

His show will open later this month at Montecasino, and he says that reading as much as he has had to about racism took him to “a dark place”. He said that comedy would help him to get out of that darkness.

He said, “in a way were all racist because, anthropologically, we’ve been designed to distrust what we don’t know. It’s a very clumsy survival mechanism.”

He added that he liked “humour that is horror’s neighbour”.

In an earlier interview, Vlismas had said: “Our real history is much more complicated and ridiculous than most people realise – the Voortrekkers were not saints, Mahatma Gandhi drank urine and slept with virgins, Shaka was a kind of Hitler and Mugabe may have some valid points about Britain … we tend to rely on ‘Chappie paper’ facts whenever we attack each other … maybe our common enemy is ignorance?” said Vlismas, who also claimed that he was the only white person to ever receive death threats from Steve Hofmeyr.

“I think it’s high time we declared war on stupidity – it’s the only way to win this thing.

“As I get older, I’m getting tired of doing the dick and race jokes that seem to be the staple of the mass-appeal comedy scene – I want to talk about what I see as real issues – like how an erection for a glorified air hostess can take down a chunk of the stock market, how an idiot’s tweet can polarise the nation – these are true comedy topics,” says Vlismas.

John Vlismas in Revelations 2: The Good Racist will be at Montecasino, on August 26 & 27. Tickets available at TicketPro.