Robocop has been rebooted for a new generation of cinema-goers and it kicks in with high-velocity impact. 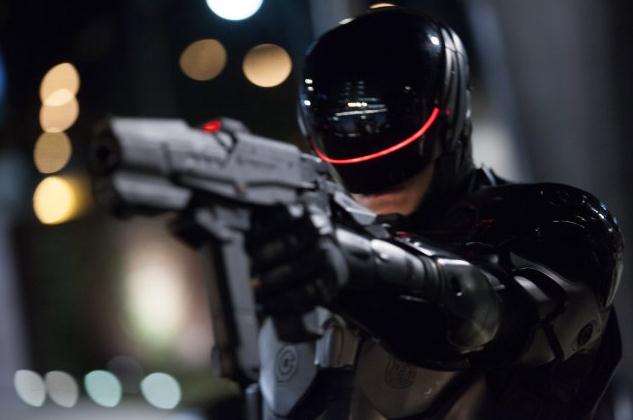 Still of Joel Kinnaman in RoboCop (2014)

With new technology to add to the production’s armoury, Robocop hits its mark for the action junkies, as well as offering some potent arguments about crime and punishment in a lawless society.

Set in Detroit in 2028, the film centres on a crime-infested metropolis and the fate of one of its dedicated crime fighters, a cop named Alex Murphy (Kinnaman). He is a healthy, intelligent policeman with a loving family whose life is suddenly turned upside down when he is critically injured by a car bomb.

However, thanks to ground-breaking technology by a multinational conglomerate called OmniCorps, Murphy re-surfaces as a powerful cyborg – who carries submerged memories that haunt him. This part man, part robot police officer is let loose on the city, but things don’t go as planned when dirty politics and the devious machinations of the company’s CEO, Raymond Sellars (Michael Keaton) creep in.

Although the action forms the core of the film, effort has been made by director José Padilha to give the characters a life and not render them one-dimensional.

Gary Oldman plays scientist Dr Dennett Norton, the genius behind the new law enforcement product that combines a human with a machine. But he hadn’t counted on his evil boss’s cunning betrayal and Robocop’s determination to keep a little bit of his humanity intact. In order to make Murphy perform better, Norton tampers with his brain, making him believe that his tactical decisions are his own when he is actually executing programmes.

Australian actress Abbie Cornish plays Murphy’s wife who intuitively suspects something’s amiss but cannot get through to her husband.

Samuel L Jackson portrays the fiery Pat Novak, a TV show host who passes political commentary on the city, its leaders and the controversial Robocop programme. His oratory is highly effective, even though he has little screen time.