Florence Masebe says it cannot be okay that cultural festivals in Mzansi use funding on 'irrelevant has-been foreign acts'. 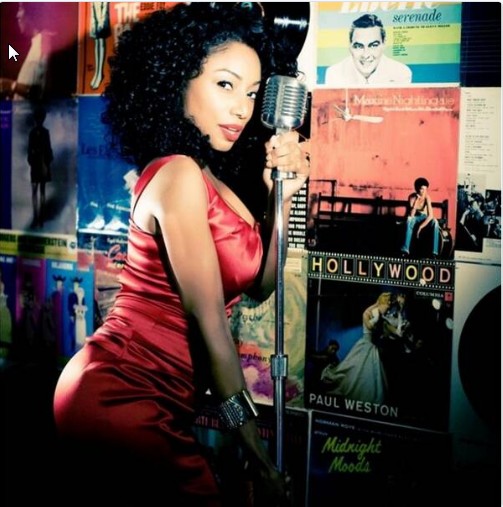 American artist Karyn White trended on Twitter on Saturday morning for all the wrong reasons. Among other reasons, Twitter was not impressed with her “underwhelming” performance, her being included in the line-up and the post she made on Twitter before jetting off to Mzansi.

She tweeted on Wednesday that she was on her way here to perform at the Macufe African Cultural Festival, which started on September 30 and ends tomorrow.

After her performance,  she tweeted that she had had an “awesome time performing in front of over 10000 people in South Africa”. However, some of those who went said on Twitter that they felt robbed, as her performance was boring.

One Twitter user said at some stage, White’s announcer asked during her set if people were ready for more, “the crowd said ‘Nooooo’, South Africans”.

Actor Florence Masebe was also not impressed with her tweet and her being invited by the Macufe festival organisers.

“She should have asked for prayers so she could get back to half the performer she once was. Baaaaaaaaaaack then,” further tweeting at White, telling her the festival might be the biggest thing to have happened “in your dead career for more than a decade”.

In a series of tweets, Masebe slammed the organisers for inviting an American artist when there were local artists who could have done a better job.

“I watched your interview on Morning Live and wondered what on earth possessed the Macufe organisers to bring you here.”

Masebe says it cannot be okay that the biggest cultural festivals in Mzansi get funding and use it on “irrelevant has-been foreign acts”.

She also questioned whose culture the festival was promoting and elevating if they spent African festival budgets on “forgotten foreign acts”, further saying she would rather spend her money to watch “great local legends”.

“We need to get over this obsession we seem to have with washed-up American artists who can’t even get a gig in a bar back in their hometown.”

I watched your interview on Morning Live and wondered what on earth possessed the Macufe organisers to bring you here. https://t.co/GeG3tN0b2d

We need to get over this obsession we seem to have with washed up American artists who can't even get a gig in a bar back in their hometown.

In SA is where they revive their dead career, last pay cheque they get from us https://t.co/jTRWwRcb1W

I saw that lineup and cringed too. Featuring a group that existed when I was in varsity and Lawrence Dube was on TV1's Toyota Top20. https://t.co/xkTihIQVnC

The Has-beens are happy to receive the cheques and disrespect us at the same time. When will we learn?! https://t.co/HKimyJ3FOG

I'd rather watch great local legends and pay my hard earned money for their benefit. You can miss me with your American has beens.

And that time she thinks she the all it…. I also wonder why they brought her… https://t.co/TUkSkngKm6

Apparently Karyn White performance was uninspiring like her ugly wardrobe she must ask for "safety" prayers traveling back to the US. https://t.co/pPyPVX0TZS

Are you broke?Why coming all the way to a place u think is unsafe 2 perform in front of 500 pple after 20 yrs of non existence

She should have asked for prayers so she could get back to half the performer she once was. Baaaaaaaaaaack then ???? https://t.co/v9G6mtVW0x

It can't be ok that the biggest "cultural" festivals in South Africa get funding & proceed to use it on irrelevant has been foreign acts.

Whose culture are we promoting and elevating when we spend huge parts of African festival budgets on forgotten foreign acts? #UchukuHour

,Sis Flo and the organisers then wonder why there is a low support from us. As a Free Stater I only attend comedy and soccer.

A kwaito reunion national tour would sell out in every city. We're busy chasing after washed up foreign acts who can't remember own lyrics. https://t.co/1BHVjB7UHJ