Lerato Kganyago talks about grudge against her dad

Lerato said that as an only child she longed for her father’s love. 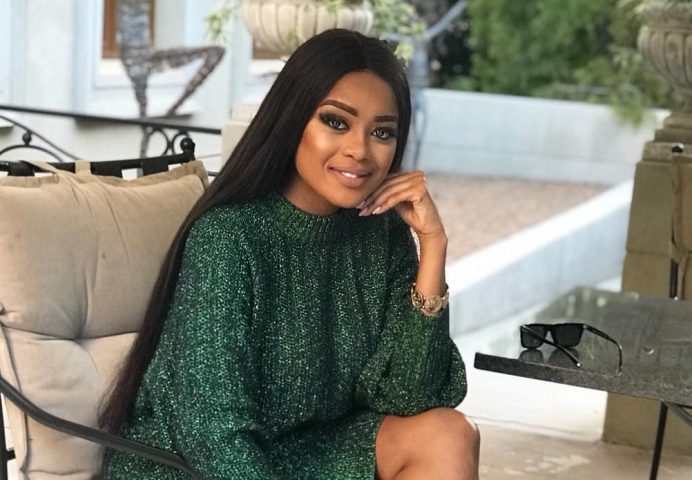 In a series of tweets, Lerato shared how she was angry with her father for not being there to support her after she suffered a miscarriage.

“The three days I was in hospital after I lost my baby, I kept staring at the door at the hospital, hoping he would walk in … he didn’t! We didn’t speak for months after that. I avoided going home because I was so angry at him … he ditched me again when I needed him the most!” she said.

Lerato said that as an only child she longed for her father’s love, but eventually realised he just didn’t know how to show that he cared.

So many great things were happening in my life… living the life Ive only dreamt of …but there was ALWAYS one thing missing… My Fathers Love!!! I yearned for his Love and attention…His hugs without feeling awkward…

“I held a grudge again for so long … until the one time he called me after so many months, and he said: ‘I’m listening to 702, they are talking about women infertility.’ I broke into tears because at that moment I realised he cared, but he didn’t know how to show me he did,” she added.

Lerato said making the decision to forgive and let go was a turning point in their relationship, which has given her a sense of peace

“We don’t have a perfect relationship, but letting go of what had happened in the past freed me! Many years I longed for a father’s love, though he was present physically … he wasn’t emotionally,” she added.

The TV personality said she decided to share her story to inspire others also to free themselves from the pain of difficult relationships through forgiveness.

So I know it’s not easy, even when they don’t ask for forgiveness, forgive them to free yourself. Forgiving doesn’t make you weak it makes you stronger! G. Night ❤️

My heart is so happy and so full right now, because finally I found my peace and moved on ❤️