SA’s Whitney Houston is back

Davids' show returns on June 22 with performances of all Houston’s number one hits. Belinda Davids should be a household name by now, but it’s because she perfected the mannerisms and voice of Whitney Houston that she became such a star.

The South African is globally recognised for her Live show, capturing the career highlights of some of the best voices of her generation.

While Houston’s career had highs and lows, and an unfortunate end, Davids’ take on the music icon is focused on the showmanship and fantastic songs she built her career on.

The show returns to South Africa on June 22 with live performances of hits like Greatest Love of All, Saving All My Love and I Will Always Love You.

How did your career begin, what was your big break?

I’ve been able to sing since the age of five, and my professional career started when I was 14. I lived in Los Angeles for a long time, so I was a struggling artist until I started touring with Keyshia Cole as a backing singer and that’s when things changed for me. But this show was and is my big break. Did you always know you were going to be a singer?

What has been a highlight for you in your career?

This show is the highlight of my career. Being able to do a tribute to the great Whitney Houston on this scale and on such a prestigious stage is an incredible feeling, and travelling the world and keeping her memory alive inspires me to keep pushing to make this show everything and more for her fans. 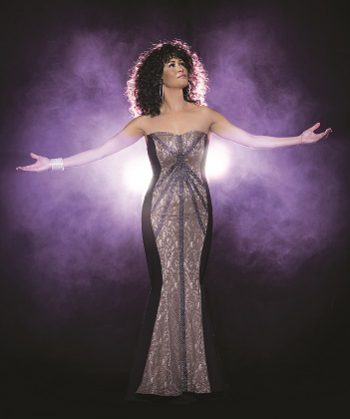 How does it feel performing the music of such a legend?

It’s nerve wracking every time. The challenge of belting out 21 songs that are 100% on point each and every single time does add pressure. But all that really doesn’t matter, because at the end of the day it’s the rush that I love so much. And the fact that it’s her makes it all so worth it.

I see Whitney every night in my mind’s eye. She is and has always been the artist I listen to in order to sing better. But this is my first performance at Emperors Palace.

What can audiences look forward to at this show?

I’ll be bringing fans the full Whitney concert experience, including seven fabulous costume changes, a full band with a team of impeccable dancers, and of course a brilliant tech team responsible for making the show look amazing from the audience’s seats. We’ll be performing all of her number one hits, from the very beginning of her career right to the end.