The organisation has been accused of illegally deducting royalties from artists including Miriam Makeba, Brenda Fassie and even Aretha Franklin. 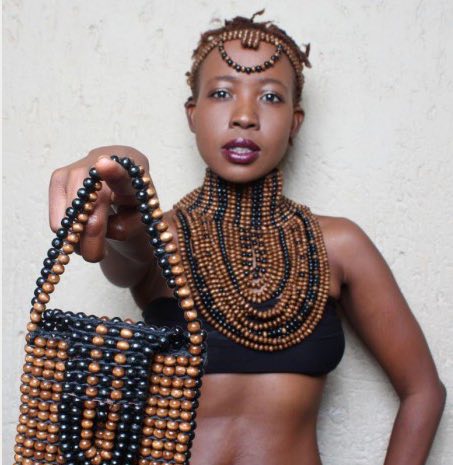 Poet and musician Ntsiki Mazwai has contacted public protector Busisiwe Mkhwebane in an attempt to get her to intervene in an alleged scam that has seen Samro docking up to 83.3 % of its artists’ royalties.

Mazwai believes that a criminal case of corruption should be opened with the police commercial crimes unit.

Mazwai posted a response that appears to be from Mkhwebane, saying that Samro is an NGO and that the matter is therefore out of her jurisdiction.

Mkhwebane advised that artist should contact the portfolio commitee on Arts as well as the department of trade and industry (dti) in an attempt to get them to summon the Samro board to parliament to answer questions on the alleged scam.

Samro is the organisation tasked with ensuring that musical artists get royalties for their work, but if you’re a gospel, maskandi, kwela or mbaqanga musician, you may have fallen prey to a scheme that has allegedly seen musicians being cheated since 1963.

The alleged scheme was exposed by gospel star Hlengiwe Mhlaba, who has reportedly accused fellow gospel artist Sipho “Big Fish” Makhabane, who was once her producer and manager, of cheating her out of R8.5 million in royalties, News24 has reported.

The investigations of a copyright lawyer hired by Mhlaba into this matter allegedly exposed that, over and above the royalties paid to Makhabane without her permission, Samro had only being paying Mhlaba 16.7 % of the royalties she was owed for 24 songs, including her biggest hits.

Samro appears to have paid the rest to a supposed “composer” named in documents only as “Dominus Publicus”.

Even legendary American artists including Otis Redding and Aretha Franklin have allegedly been affected by the scam, which affects new versions of traditional works recorded by the artists.

Meanwhile, Makhabane claims that there is no court case between himself and Mhlaba, and that the claims regarding the R8.5 million are false and are destroying his reputation.

On Sunday it was reported by Sunday World that a member of Samro’s board, Gabi le Roux, has accused Brian Mokoena, who once managed Arthur Mafokate’s record lable, of trying to capture Samro.

He claims Mokoena is a member of a syndicate with links to the controversial Gupta family, who he alleges is using a forensic report that implicates the organisation’s bosses in impropriety to try get rid of the current board.

Le Roux sent a WhatsApp message that Sunday World has reportedly seen, alleging that a group of “rogue” musicians loyal to former SABC COO Hlaudi Motsoeneng is preventing the organisation from functioning properly.

“I am sorry to tell you that our music industry is now under siege from a small group of individuals [linked to Motsoeneng] who want to use the Dubai forensic report to topple the Samro board, Moshito board and all other structures, insert themselves, so capturing the South African music industry,” Le Roux said.