Is Bonang about to move to New York City?

If she is moving, will she give us all a chance to say goodbye? 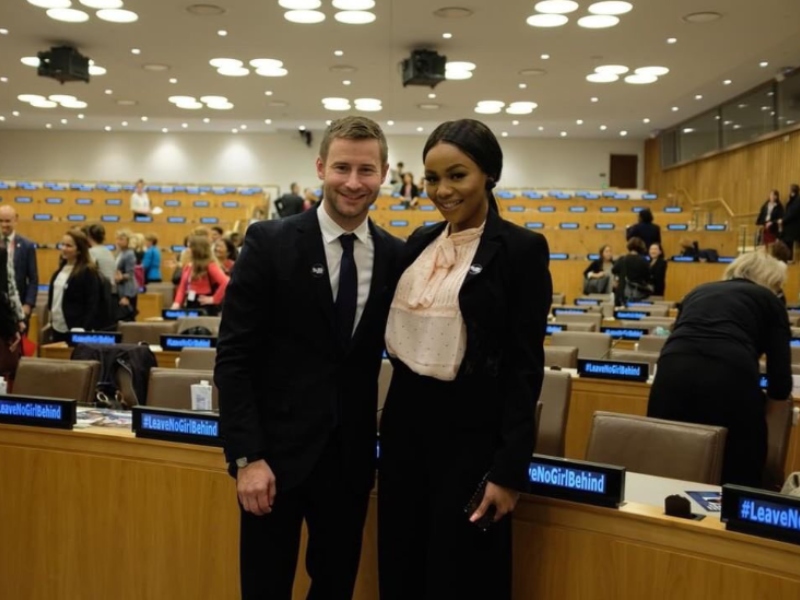 Could Bonang be leaving SA for the Big Apple?

Bonang Matheba is thoroughly enjoying her visit to New York City, but her latest tweets seem to suggest that she’s just bought herself a new home.

The tweet is open to interpretation of course, but the timing is certainly a little curious. Let’s backtrack a little, shall we?

Bonang touched down in the Big Apple last week and has been on Global Citizen Duties ever since she arrived. The presenter moderated a panel discussion with the United Nations, mingled with some of the biggest stars in the world, and then attended the Global Citizen concert in NYC over the weekend. Needless to say, she was living the kind of life many could only dream of.

And then on Sunday afternoon, she sent the Twitter streets into a panic when she shared a tweet that suggested that she had found herself a new home (shortly after sharing a tweet that claimed that she was having the time of her life in New York City. Yeah, we’ll leave you to put two and two together…

People immediately started asking her if she was moving to the “World’s greatest city” (David Letterman’s words, not mine!). But with Twitter being Twitter, it didn’t take long for her fans to start joking about her reported tax struggles.

As if you don't owe SARS pic.twitter.com/dNh7Wf6icl

Reports claim that Bonang has been summoned to court after failing to submit over 10 years’ worth of taxi returns. However, Bonang’s biggest fans are ignoring this story and instead focused on celebrating her new “Home”:

Even with all these comments, it’s worth pointing out that Bonang has not confirmed whether or not she has bought herself a new home (let alone one in New York City); she simply dropped the big hint on social media.

If she is moving, will she give us all a chance to say goodbye? One thing is for sure, after her excellent showing at this weekend’s Global Citizen festival, she won’t have any difficulties finding work!