The latest chapter in the Transformers series is not so much a movie as an overwrought circus, complete with feathers, trapeze acts and a special effects extravaganza so big that even the marvellous new Imax Theatre in The Grove in Pretoria could scarcely accommodate it. Although entertaining and with the most extravagant effects in the history of cinema, it is as empty as an election promise and it failed to touch my heart.

Let’s get one thing straight: If you are young, love videogames and only into special effects sci-fi movies, this one is for you and the rest of this review will mean nothing. And in Imax it is beyond big. You become part of the action. 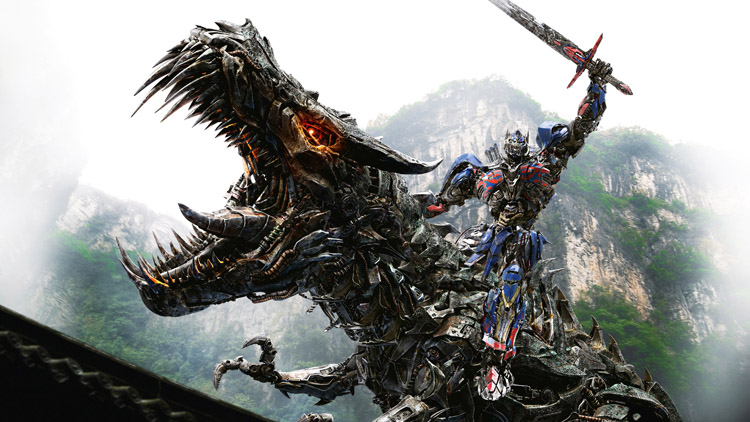 But as a film, it feels like the viewer is force-fed. You sit through an overstated wedding feast with enough food for a small country, yet you are forced to eat it all yourself.

There comes a time where this whole superficial, tedious project knocks you out, and you never recover. One mind can only accommodate so many transformations, thundering soundtracks, overdone explosions and brutal battles from which the heroes always emerge unscathed. It bores your cinematic sensibilities into oblivion. Director Michael Bay is like a boy with a big train set. With every movie he tries to improve on the last, but eventually it becomes so big that the train derails and the viewer loses interest. How often can you watch the heroes dashing and running and escaping plunging buildings and massive robots that fall on top of them without even affecting their make-up? Once you realise that the protagonists will survive even the planet exploding, your interest wanes.

Viewers will watch the special effects in amazement in Imax, and the sharply defined images, rumblings and booming sounds make you part of the film. But the question is: do you really want to become part of an extravaganza in which you are aware of the outcome? A sequel is probably already in the works and it will, heaven forbid, be even bigger. Mark Wahlberg manages to register against the chaotic destructive action. He manages to be both everyman and fearless hero, and if it weren’t for him, the film would have had even less of an impact. All Nicola Peltz does is show off her long legs and teenie-weenie excuse for an outfit (it makes any young girl in Sandton City look like a Voortrekker tannie). But it is TJ Miller, unfortunately only allowed to be in the first 30 minutes of the piece, who gets the best one-liners.

This fourth instalment is much ado about nothing – larger than life but with very little impact.