The US songstress is performing at DStv Delicious Food and Music Festival in Joburg. 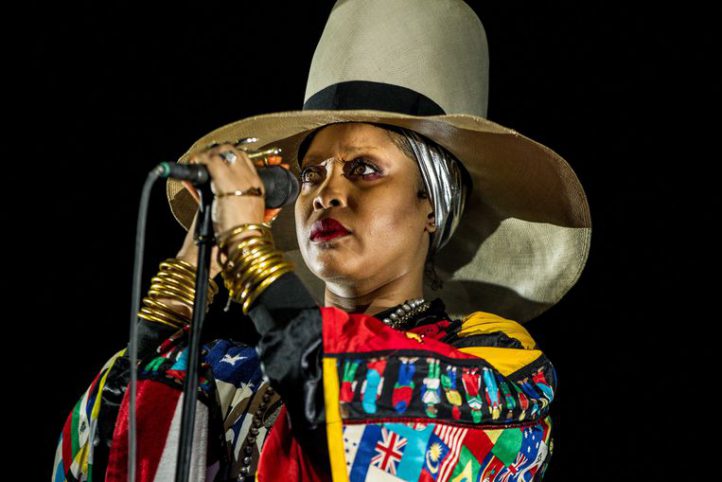 One of the trends that I never bought into was that of the spirit animal.

For those in the dark about this concept, in certain traditions or cultures this refers to a spirit which helps guide or protect a person on a journey and whose characteristics that person shares. Neo-soul goddess Erykah Badu (born Erica Abi Wright) is such a spiritual being that I would make an exception and declare her to be my spirit animal.

The songstress behind global hits such as Tyrone (lifted from her 1999 album Live), Rimshot (from Baduism) and Green Eyes (part of Mama’s Gun), seems to float in a completely different spiritual realm to the rest of society. She sweats calmness and breathes out positive vibes. (Either that or she received the memo that the week she would be performing at the DStv Delicious Food and Music Festival the powers that be declared private consumption of marijuana legal.)

What role does spirituality play in her recordings and live performances and her life?

“I don’t have a choice but to be spiritual. It is the way they made me, whoever they are,” says the 47-year-old American singer-songwriter, record producer, DJ, social activist and actress. As is to be expected, she receives a number of invitations from festivals the world over, so how does she decide on which ones to be part of?

“I align myself with outings that build my brand and whose vibe I agree with. The energy side of any festival is so important to me.

“I have been to South Africa before, so I knew that the energy from the audience would keep me going for a long time. I literally arrived here [Kyalami racetrack] a few minutes before my set and the crowd received me so well that they fuelled my performance.

“I also check the line-up and tend to choose according to peers whose music I respect,” she notes, adding that she would love to collaborate with African musicians such as Anathi and Zep Mama.

There is no denying that Badu is a luminary , but she must have frustrations. How does she release them?

“Comedy is how I unwind, which is why I was part of the film What Men Want. This is where I can create, laugh and be free.