The Soweto-born revolutionary says her music is for people who have experienced joy and suffering. 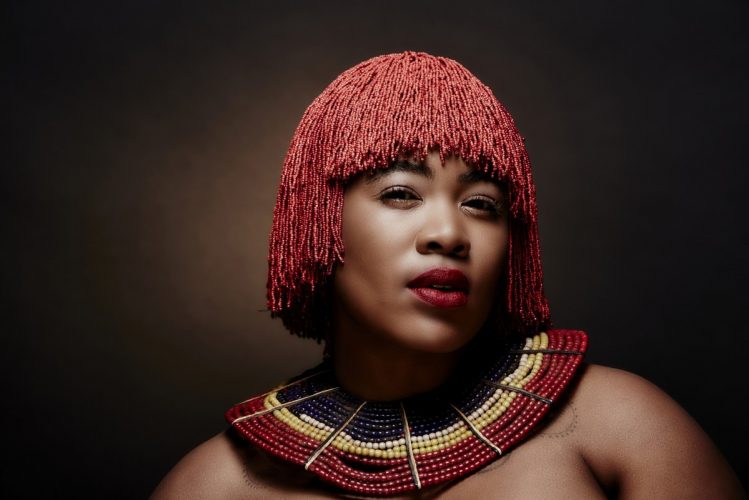 Thandizwa Mazwai is a talent who needs no introduction. Her music allows her to have different conversations with her fans about Africanism, social ills, freedom and joy.

With most of her songs inspired by South African heroes, like Steve Biko, Nelson Mandela and Mariam Makeba, Mazwai has, over the past 20 years, been rightfully recognised as one of the most influential South African musicians of this generation.

And on November 24, she will present a powerful live show entitled A Letter To Azania at Johannesburg’s Lyric Theatre.

“Azania has always been the promised land for the oppressed black masses of the South. I want to do a show that highlighted my relationship with that promise. I want to communicate with Azania,” Mazwai said about her motivation to do the show and its title.

She uses her music to weave the threads that illustrate her early politicization and her visions of a place called Azania.

With A Letter To Azania she aims to engage the idea that freedom is a restless place and that we have not reached Azania.

“I will reveal intimate details of my childhood and my search for Azania, and what it has come to mean” said Mazwai, who is both nervous and excited about the show. “I have never done a show so personal. I believe my fans know that I get very spiritual in my work, but in this show there will be an intimacy that I have never explored before.”

Mazwai says music has been everything to her, it gave her the gift to imagine and escape. “Music gave me the ability to provide for myself and my family. Music has been my medicine, and a place of great interrogation and memory.”

With a lot of artists losing their relevance in the music industry and some becoming one-hit wonders, Mazwai, 42, remains puzzled about how she managed to maintain her relevance in a cut-throat industry.

“My assumption would be that people found some resonance in my previous work. I love making music. Music is who I am and I do it because it motivates me to live,” she said with a smile.

The Soweto-born revolutionary says her music is for people who have experienced joy and suffering, explaining it as “the sound of freedom” as captured in a recording studio.

“My sound travels. I began as a novice at 19 making what ultimately became known as [the music genre] Kwaito with a group called Jacknife – although we didn’t call it that – and in the past 23 years I have experimented with everything from funk, reggae, gospel and Xhosa to traditional music and jazz.”

The woman, also known as King Tha, is also part of the vanguard of Afro-pop music with her group Bongo Maffin.

In the Lyic’s audio-visual experience, curated by KingThaLive in collaboration with Blackmotion Productions, fans can expect a range of sounds that have influenced her recordings and performances, with songs from her own albums and renditions of tracks by some of her favourite musicians.

Her music straddles the urban and rural, effortlessly melding traditional with modern, and she has performed all over the world at venues including, Radio City Music Hall and the BBC World Music Awards.