The author wants to change the stereotyped images surrounding metal music through a children's book. 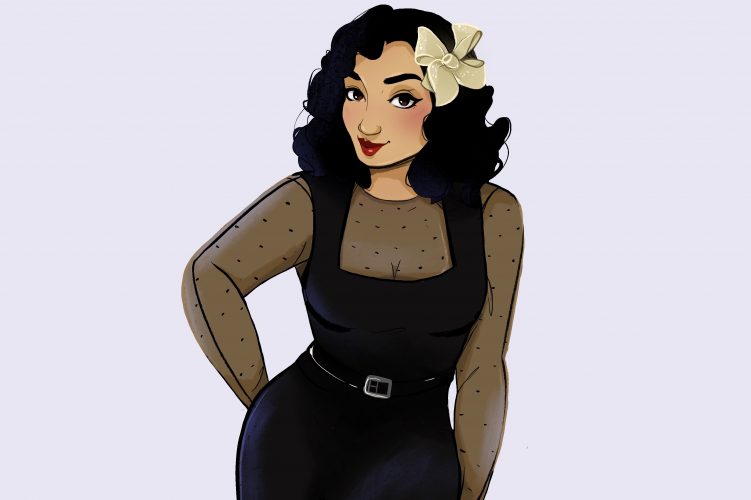 Heavy metal from the outside certainly seems like a man’s world. Riffs and heavy drums, mosh pits and and likely a pentagram or Baphomet image here and there. The ultimate rebel music. That’s why Lav Nandlall seems like a square peg in a round hole. But she’s not.

So devoted is she to heavy metal that she wrote a children’s book on it, introducing legends like Ozzy Osbourne and Metallica to kids.

Don’t Fear the Dark Volume 1 has created so much buzz that Nandlall has orders from all over the world, which is not bad for a first-time author. But it was piracy that led her down this path, once and for all proving that stealing from the rich to give to the poor does have moral standing.

“My introduction to metal was an accident. In high school, a kid in my class sold bootleg albums and I’d asked him to get me a copy of a pop release. When he gave me the album, there was no name or album art on the cover.

“After school, I put it on and it was definitely no pop princess. There were grating guitars, pummeling drums and raw energy. I loved it. Not long after, I learned that I was listening to Pantera.”

So much happening behind the scenes! Time to ship the first batch of pre-orders for #Dontfearthedark ????

Growing a wider spectrum metal fan base is part of Don’t Fear the Dark’s appeal because it’s a valuable tool to introduce new listeners. “It wasn’t until I attended my first metal gig that I noticed the high ratio of testosterone in the scene. In my earlier days, I would get asked if I ‘was here to see the boyfriend’s band’ or ‘are you passing through?’. I wasn’t having any of it.”

To smash this misogyny, Nandlall dived in head first. “Women have every right to be in the metal scene. While I can’t play guitar, I can wield a pen and chose to write about bands, albums and contribute to the music that I enjoy. I met many other women in the metal scene through these paths, from behind the scenes to up on stage.”

All this evolved into her first book with an initial print run of 380 copies. “I’m quite happy with the response for Don’t Fear the Dark. I honestly didn’t have any expectations other than mom and me buying 50 copies. I do foresee another trip to the printer.”

But the cute Chibi-inspired characters sold themselves. “Deciphering the pre-orders, a number of hardcore fans bought the book as a novelty. “The aim was to create a series to educate children about metal music.

“It can be seen as dark, unorthodox and scary to an outsider. It’s just a stereotyped image. I want to change that and the best place to start was by introducing the genre to a new generation in a fun tone.

Who would you choose to do a reading of Don’t Fear the Dark (book 1)? Seeing as @ozzyosbourne and @robhalfordlegacy are mentioned – would you choose either? Or maybe @freddurst, @trewrussellbrand, @frogleapstudios? Comment below! And spread the metal word! #dontfearthedark #childrensbook #metal

“I work full-time so the book was a passion project. I used every contact in my network to build this book from scratch and to keep it as budget-savvy as possible.

“The illustrator, Kaylee McHugh, and I chose Chibi characters to represent the bands. It’s universal and cute. Designer Jeanine Breuer kept the layout simple. The gamble paid off. Ten books are planned.

“For me, the international metal scene needs a revamp in record label management which is so outdated for the fourth industrial revolution. With all the kids who might get introduced to bands like Black Sabbath and Iron Maiden, that might just happen soon.

For more information or to get a copy, e-mail airguitarblog@gmail.com