The painting was originally taken by the Nazis in 1943. 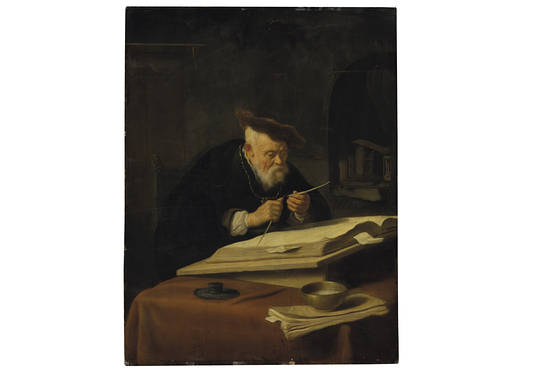 A painting stolen by the Nazis during World War Two has finally been returned to its rightful owners 76 years after it vanished.

The 17th century masterpiece by Dutch master Salomon Koninck, titled A scholar sharpening his quill, was stolen during the Nazi occupation of France, and sent to Adolf Hitler’s headquarters in Munich, only for it to resurface in November 2017 when a Chilean art dealer tried to sell it via Christie’s auction house in New York.

The great-grandsons of famed art collector Adolphe Schloss; Michel Vernay, 71; and his brother Laurent, 65, travelled from Paris to New York for a ceremony on Monday at the French consulate to collect the painting.

The painting, which dates back to 1639, was one of 262 paintings purposefully stolen by the Nazis from Schloss’world famous collection that, at the time, was based in Chateau de Chambon, a town in Southern France.

Restitution “puts the spotlight on all the looting and Jewish disappearances,” said Vernay, a retired engineer. “It’s like a monument in tribute to what happened in the past.”