‘Like a Boss’ review – A comedy on life support

What you are left with is a real dud of a movie. It urgently requires something fresher and funnier. Hollywood stars don’t always make the right choices when it comes to picking a movie project – and Like a Boss is a case in point.

Tiffany Haddish, Rose Byrne and Salma Hayek have pooled their talent in this choppy, unfunny, formula-driven comedy about the cosmetics world.

For the most part the dialogue is corny and does not shirk from insulting women at every opportunity.

Mia and Mel (Tiffany Haddish and Rose Byrne) are best friends and are living their best lives by running their own Atlanta cosmetics company which they have built from the ground up. 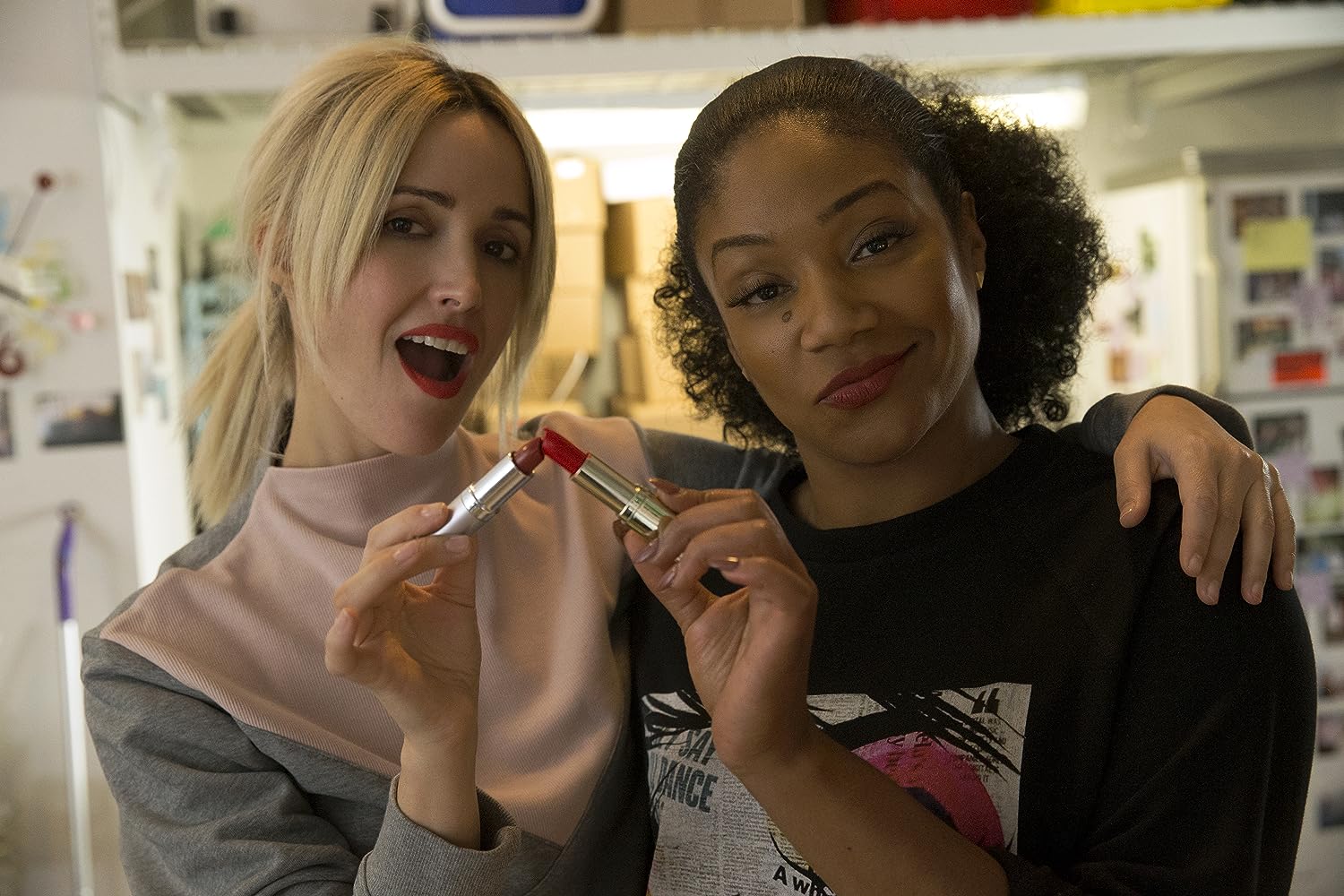 Rose Byrne and Tiffany Haddish in ‘Like a Boss’. Photo: Paramount Pictures

Unfortunately, they’re in over their heads financially, and the prospect of a big buyout offer from a notorious titan of the cosmetics industry, Claire Luna (Salma Hayek), proves too enticing.

Their decision to “sell-out” causes a rift between these two women and as the narrative progresses the cosmetics world grows uglier and uglier.

Tiffany Haddish spews words at a rate of knots that is often difficult to understand, using phrases such as “Put that in your purse. You’re a WHITE woman. You will NOT go to jail!”

Rose Byrne, now turned blonde, has been in some terribly bad movies in her career, and this one is hardly going to improve matters. She is content to play the foil to Haddish’s silly shenanigans. Tiffany Haddish in ‘Like a Boss’. Photo: Paramount Pictures

It is surprising to see an overblown Salma Hayek who has transformed herself into a red-headed, big-toothed cartoon of her image, playing the cosmetics mogul with the foul mouth. “You remind me of myself – when I was whiny, weak and lame,” she tells the girls.

The culture clash between corporate cosmetics and the personalised services of small businesses is never exploited and what you are left with is a real dud of a movie. It urgently requires something fresher, something funnier and probably a lot more hilarity from the team.

Salma Hayek in ‘Like a Boss’. Photo: Paramount Pictures