The film is one of the better horror offerings to sink your teeth into. The classic Grimm’s fairy tale, Hansel and Gretel, undergoes a creepy reimagining with oodles of witchcraft and black magic thrown into the cauldron for good measure.

South African-born Alice Krige plays the witch, in all her dark glory, who befriends two orphans lost in the forest and then treats them to a world of wonder that was never in the original.  She is very good.

Despite help from a noble huntsman, they soon become disorientated and lost in a deep, dark forest. Hunger is never far away as they roam the countryside searching for signs of life.

They find solace in the home of an elderly woman, all clad in black, whose motivations are suspect and who can conjure up some truly strange spells.

Gretel (Sophia Lillis) and her younger brother Hansel (Sammy Leakey) left home during a bad period when pestilence and famine ravaged the land. They have been forced to search for food and work. Questions flow when we discover the woman has prepared limitless feasts in a time of famine, and her home echoes with the murmurings of lost children and magical incarnations. Weird things are afoot to be sure.

Beautifully atmospheric in a dark Gothic way, the production keeps on the boil with some inspiring horror devices and clever visuals. 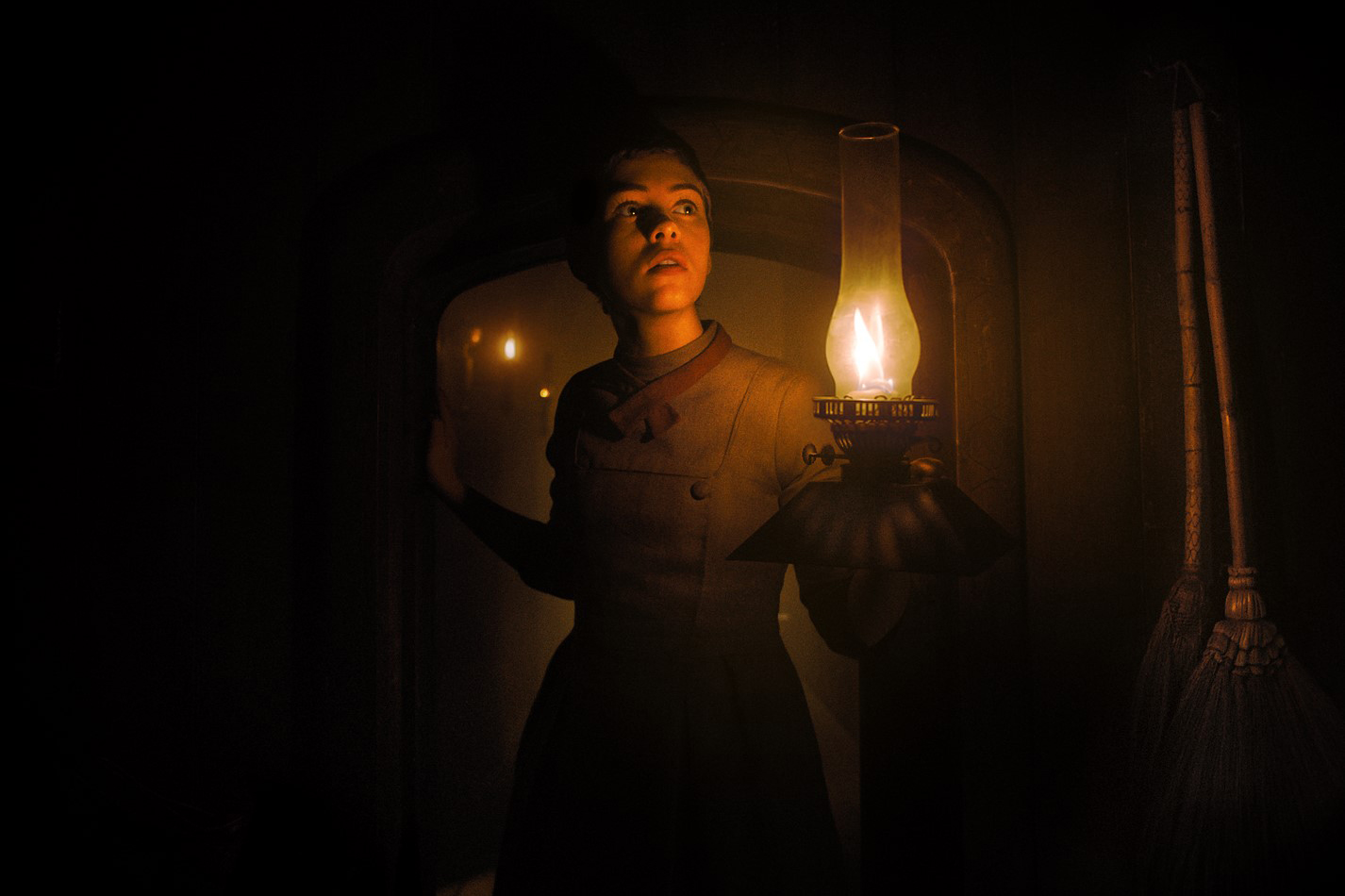