Mary Twala was an icon, a mother and a friend. She starred in some of South Africa's best loved TV series and movies. The news of actress Mary Twala’s death on Saturday was met with great sadness. We look back at her decades-long career where she achieved so much in the entertainment industry leaving an indelible mark on her fans and her fellow castmates. 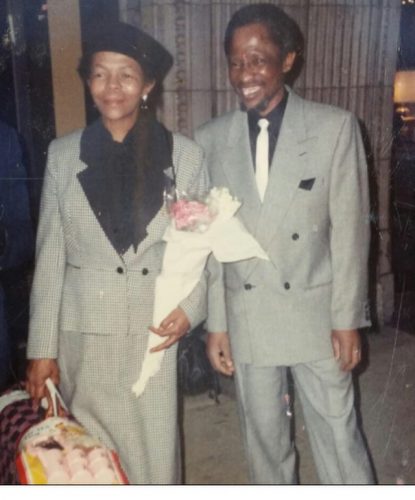 Born on September 14, 1939 in Soweto, Johannesburg, she married actor and  Tony Award-winning choreographer Ndaba Mhlongo until his death, they welcomed a son, popular media personality Somizi Mhlongo in 1972.

Her acting career started after her older sister took her to an audition, the director saw that she could sing and he cast her for her first role in 1963.

Possibly her most memorable role was when she played Leleti Khumalo’s grandmother Sarafina in 1991. The film is an international co-production of the United States (US), South Africa, France, and the United Kingdom, and premiered on May 11, 1992, at the Cannes Film Festival.

During that time the LA riots due to Rodney King’s death at the hands of police officers and happened at the same time that Sarafina! was released, resulting in the movie not being well known in the US. Twala’s role saw the actress go on to star in many films over the years such as Taxi to Soweto where she was nominated for the Best Supporting Actress at the 6th Africa Movie Academy Awards for Taxi to Soweto. She starred in Mapantsula, A Love in Africa, Malunde, Dr Lucille, Nyaka-Nyaka, Ngaka, Deliwe, Friends, Game for Vultures, Waati, Science Classic and Score.

World-renowned actor John Kani worked with Twala in Sarafina and spoke to the SABC,  he said he met her and her husband in the 1960s.

“You feel so heavy in your heart at the age we are. What’s going on? My friends are disappearing day after day. This is such an incredible blow. Mary is a legend, her work in this country towards the upliftment of black actors especially women. She made sure that cast and crew were taken care of on set and she was such a broad-minded lady.”

Twala also starred in TV shows such as Soul Buddyz, Child Of Soweto, Khululeka, the groundbreaking Yizo-Yizo, SOS, and Muvhango.

She has bestowed the 2019 National Orders Awards by President Cyril Ramaphosa, where she was one of the recipients of the Order of Ikhamanga category, which recognises industry leaders who have excelled and given decades contribution in the fields of arts, culture, literature, music, journalism, and sport.

She was centre during her son’s Somizi’s traditional wedding to Mohale Moutang in September 2019 even though she could not attend the white wedding in January 2020, Somizi says his mother has always been his number one supporter. As fellow actress Connie Ferguson said: “You were one of a kind DiMamzo! Rest easy now! Your work is done and the legacy you leave behind is immeasurable!”