Checkmate: The life and times of Elizabeth Harmon

A word of warning to not start this mini-series late at night as you’ll find yourself watching it all in one go and you might be late for work the next day. During my lockdown sentence I decided to watch the Netflix mini-series ‘The Queen’s Gambit’ which premiered on the 23rd of October on the popular streaming service Netflix.

Going by the title which hints at a popular chess opening where white intentionally allows black to capture a white pawn. I was immediately enthralled and being a chess fanatic myself you really don’t get to see much of this part of the chess world. Unless you are following these often times young chess prodigy’s social media presence which I must admit that I do.

Never-the-less ‘The Queen’s Gambit’ details the life and times of the fictional Elizabeth Harmon, from her tragic past to her rise to stardom and the price of admission that comes with dominating a male driven chess world being a young female in conservative America.

The show is set in the cold war and the show’s creators Scott Frank & Allen Scott employed the help of Garry Kasparov, the former world champion, and Bruce Pandolfini, a well-known New York City chess coach.

So all the chess scenes were extremely accurate and followed famous games played in that era. The game of chess has evolved over the years and people just don’t play that way anymore. Of particular interest was ‘Harmon v Beltik’ at the Kentucky state Championship, which was her rise to fame at only 13. As you can imagine a young wide eyed unranked girl challenging a well-known ‘Beltik’ who was tipped to be a grandmaster himself.

Harmon often compared to ‘Paul Morphy’ the very first chess prodigy the world has ever seen and possibly the greatest. As she epitomized his attacking play sacrificing pieces as if they were endless to go for decisive attacks, her opponents couldn’t get back from. This particular game is actually played by Rashid Gibiatovich Nezhmetdinov vs Genrikh Kasparian (don’t get tongue tied trying to say those names) in 1955 Latvia. Beth announces her victory over Beltik as he and the entire chess world cannot believe a girl much less an unranked girl got such a decisive victory over him.

Beth started learning chess in the unlikeliest of places, in the basement being taught by a Janitor of a girl’s orphanage which makes her rise to the top all the more striking, and adds layers to the characters. Beth played by ‘Anya Taylor-Joy’ shows maturity with this role and plays Harmon effortlessly I couldn’t get enough of the complexities that the show gets right the smaller details and finer points about the mastery of the game of chess and the people who play it. As they announce in the final episode of the show when Beth heads to Russia after conquering America to take on the entire Kremlin ‘the pieces are the phenomena of the Universe, the rules of the game are what we call the laws of nature, and the player on the other side is hidden from us’.

If you are at all interested in chess or would just like to check it out I highly recommend giving it a go, a word of warning though to not start this mini-series late at night as you’ll find yourself watching it all in one go and you might be late for work the next day. 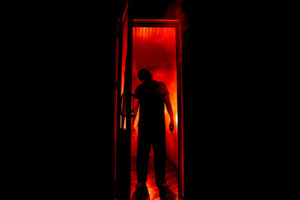 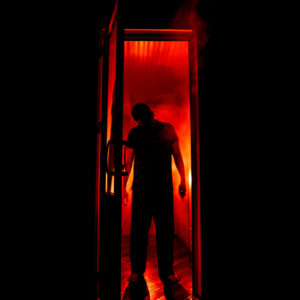