Review: DAM will leave you aching to peel back the layers

In Shomax's DAM, South African cultures, using myths and legends come together to create the perfect recipe for a psychological thriller. Review: DAM will leave you aching to peel back the layers. Pallance Pallance Dladla and Lea Vivier in Showmax original, DAM. Picture: Supplied

“When water is dammed and prevented from flowing freely, eventually the dam wall is going to break. Emotions are the same: they need an outlet,” those are the words of four-time SAFTA winner Alex Yazbek – the brains behind Showmax’s latest chilling thriller titled DAM.

“Someone once said what you resist persists. Whatever you push down will rise up. Repression is the source of most of our demons,” added Yazbek and that is the perfect description for the show without giving away too much about what happens.

The small-town psychological thriller set in the Eastern Cape follows the story of a young woman named Yola, who returns from Chile to bury her estranged father. To Yola’s surprise, and her sister’s irritation, her father has left his farm to her -but this may be more of a curse than a blessing, as the house seems to be trying to tell her something.

But with her mother institutionalised, and her own meds running out, Yola has to wonder if the spirits are real or just in her head?

“It’s a story of how you can only start rebuilding yourself once you have faced your inner demons,” said Lea in a statement.

“Yola has run away from her past but now she’s coming back to face her demons. She wants to understand why she is the way she is, which ultimately is a very powerful thing to do – and very brave.”

“DAM is MAD backwards,” adds Yazbek who has worked on projects such as Unmarried, The Wild and Isibaya.

RELATED: What to watch: Expect fun and laughter on ‘One Night Kwa Mxolisi’ movie

She stars opposite, two-time SAFTA winner Pallance Dladla who agrees with her views on the show.

“I love how Alex has directed this, and what Tom (Marais) has done with the language of the camera. Anyone who gets a chance to watch this outside the country will be amazed, and anyone in the country will be inspired – it’s about raising the bar. We should be proud of how far we have come in our industry.”

“It is a wonderful and unique blend of our different South African cultures, using myths and legends of this land to create a psychological thriller,” adds Antoinette Louw.

It is this mix of local myths, legends and culture that brings something unique to the age-old experience of seeing a main character rediscover their upbringing through adult eyes.

As each episode ends, you find yourself with a number of burning questions that can only be answered by watching the next – the perfect recipe for a bingeing session.

In addition to the occult, the story touches on serious topics such as mental health, trauma and sexual assault in a way that is both chilling and necessary.

The backdrop of the Eastern Cape lent itself perfectly to the story of small-town life and how the occult fits into such a story.

The only let down comes from the fact that it feels the show’s creators merely scratched the surface with how far they could have explored or explained the mythology they chose to use.

Perhaps this is something they will be able to do more of if they manage to snag a second season. 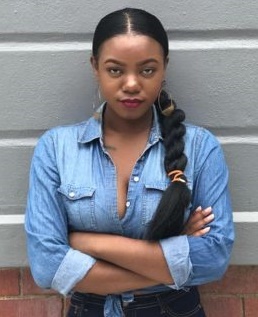 Kaunda is an analogue girl navigating a digital world using the perspective provided by news. She has always had a desire to amass a wealth of knowledge on a range of varied topics and this is reflected in the content she produces. As a digitally adept social media user, you can always trust Kaunda to bring you up to speed on what’s going on in the world at any given moment.

EC man gets life for raping stepdaughter
7 days ago
7 days ago
PREMIUM!

EC man gets life for raping stepdaughter
7 days ago
7 days ago
PREMIUM!