Some of the biggest productions Menzi Ngubane worked on

From Cijimpi on Kwakhala Nyonini to Sibusiso Dlomo on Generations, we look at some of the notable roles the late Menzi Ngubane tackled with finesse. 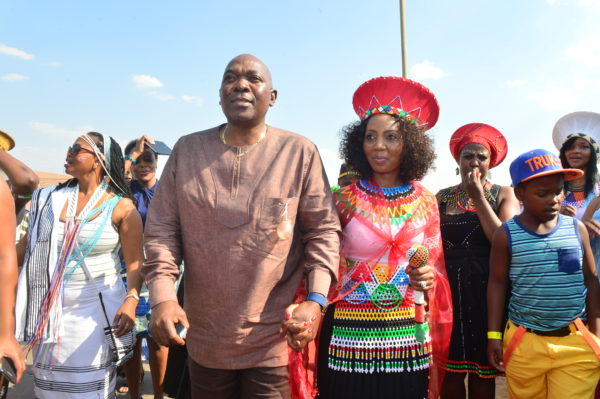 It is unbelievable that renowned actor Menzi Ngubane is being written about in the past tense after he succumbed to a stroke this past Saturday.

He was a media darling who had an illustrious career spanning more than three decades. “Ngubanewill be missed by his fans and industry at large for his professionalism and dedication to the industry. He was a sought-after actor who was respected locally and internationally,” read a statement by the family.

We are saddened to hear of Menzi Ngubane’s passing.

Our heartfelt condolences to his family, friends and fans.

It’s also true, because Menzi starred in many of the highest rated productions and, to a certain extent, he was the main attraction as many watched his talent unfold.

Menzi made his debut as a young man on Kwakhala Nyonini, when he starred as Cijimpi, a rural boy whose mom, in a polygamous arrangement, resorted to witchcraftto keep his dad. From there on he became a household name and in many roles he was typecast as a thug with a temper or a powerful man no one dares to touch.

It is for this reason many can never forget his role as Mazwi on Ubambo Lwam, a thug who tormented people in his community and at home, but gave his mom all the respect. Another notable stint is Sibusiso Dlomo on Generations, a role many people will never forget because they still called him by Sibusiso Dlomo until the day he passed away.

It was while he was on Generations that Menzi flirted with death and spoke openly about his battle with kidney disease.

The Ladysmith actor spent much of his time trying to demystify kidney disease and sugar diabetes while promoting positive lifestyle changes needed to cope with the disease.

While many had written him off from the television industry, he emerged stronger as Judas Ngwenya on Isibaya until last year. He was rumoured to be joining The Queen but that did not happen and many speculated it was due to lockdown.

Everyone thought he was taking a well-deserved break, but behind the scenes he was fighting for his life.

His funeral arrangements are expected to be finalised today.