Two women star in an unlikely genre of film for both of them, being Melissa McCarthy and award-winning actress Octavia Spencer in a new superhero movie. 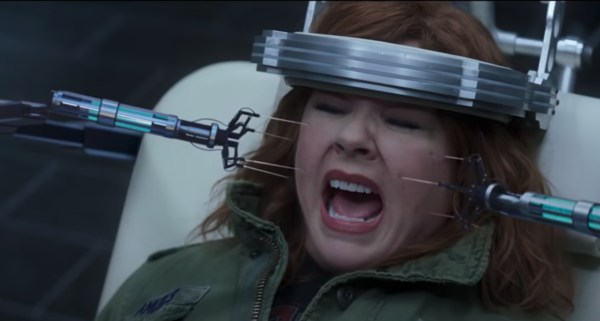 Two women star in an unlikely genre of film for both of them, being Melissa McCarthy and award-winning actress Octavia Spencer in a new superhero movie.

Directed and created by McCarthy’s husband Ben Falcone, the couple have worked on several movies before and have stayed true to their style of comedy for Thunder Force.

Being part of a virtual global press tour, we had the opportunity to ask a few questions of  the two lead actors and the director himself.

Breaking the stereotypes in comic films, Thunder Force isn’t your atypical gym fitness and bodybuilder type superheroes. Falcone says they are just ordinary people doing extraordinary things and they wanted the film to show that.

The ever so funny McCarthy stars as Lydia, a friend of global scientist Emily (Spencer), who is trying to empower human beings with superpowers to stop the Miscreants.

Miscreants are a rare few, fortunate people who get superpowers after a cosmic ray strike more than 30 years ago.

However these individuals are genetically doomed to do bad things in their lives. The super villains have been causing chaos ever since, but Emily has created a new super serum to combat them.

After Lydia and Emily meet for the first time since their friendship broke up 25 years ago, Lydia manages to accidentally become the first human to get Emily’s superpower serum.

Not giving too much away, the two friends team up as Thunder Force to save Chicago. Falcone is proud of his home state and there are lots of intentional Chicago references throughout the film.

“It’s a beautiful place and I thought that the blue-collar energy and backdrop would play well with the kind of heroes I was creating. I do think where you grow up shapes who you are and they fitted so well to the characters,” Falcone said.

The two stars were very aware that the genre of superhero movies don’t cast actors like themselves and seeing a strong black female lead in Spencer was quite refreshing for this genre. The only few times we have seen this is in the X-Men franchise, with Storm played by Halle Berry and Marvel’s Black Panther has an array of strong black women. For Spencer this was humbling.

“ I think is important for young women of colour, for young women, period, to see themselves in these type of films because they exist in our society. Scientists of all shapes, sizes, socio-economic levels, backgrounds and walks of life should be represented.”

Spencer has starred in many films such as The Help for which she won best supporting actress at the Oscars, Hidden Figures and Snowpiecer.

“They give people a shot to lead who haven’t had that chance to do so. It is not surprising for me that they would write something like this for me.”

Both women were excited about the fitness regime that came with the movie. McCarthy said it was part of the fun.

“Going in with fight training, boxing which I have some sort of history before was great. When you have to learn something new, something challenging, that is such a perk for what we get to do.”

She says it was also exciting to film battle scenes and “most people don’t get to that”.

For Spencer, it was unique and fun, and something she is not accustomed to.

“I am not so physical in that way, I like to walk but bouncing around is completely out of my realm. Just to learn something new was funny because I really thought I was the ‘eye of the tiger’. But when I saw some of the videos taken of me, to show me how I can punch better, I cringed.”

She jokingly added: “I am not at good at this.”

McCarthy chimed in that her co-star use to play Rocky music to get in the zone and that was “all she needed”.

Falcone concludes there is an opening for a sequel because of the way the film ends and he already has an idea in mind what it would be.

The movie will be streamed on Netflix from 9 April.