What’s next for Zuma’s wives?

A look at the lives of Jacob Zuma's five wives. 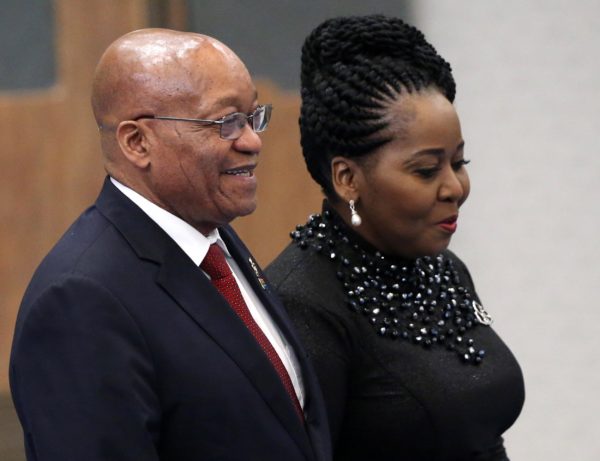 Former president Jacob Zuma is a public figure who has been closely scrutinised for the past two decades and it’s not just his political life that grabs the headlines, but his private life too.

Now that the Supreme Court of Appeal (SCA) has dismissed Zuma’s bid to avoid paying his legal fees, his options for not paying back the money are limited.

But what is the status of his relationships with his five wives? Will this financial setback affect them but more importantly where are they now?

Where are they now? Conco has a child with the former president. She joined the cast of Real Housewives of Durban earlier this year with five other women to introduce audiences to the lifestyle of Durban’s rich and famous. She first made headlines in 2018 when it was revealed that she was engaged to Zuma and lined up to be his fifth wife. What grabbed the attention was the age gap, Conco was 24 at the time, with Zuma aged 76.

Its is unclear when the engagement ended. This was revealed for the first time by Conco who referred to their relationship in past tense during Phat Joe’s Cheeky Palate dinner show. Ngema married Zuma in 2012. She is his fourth wife and a very active figure in promoting her foundation that fights diabetes called Bongi-Ngema-Zuma Foundation. Speaking to the BBC in 2012 she said Zuma was a good man, “supports what I do and I am enjoying the ride”.

Her foundation aims are to share knowledge and awareness of diabetes, educate and provide interventions that could change the lives of affected people. Just recently she paid tribute to the late king Goodwill Zwelithini  on Facebook, saying the palace assisted the foundation in building a water purification project in Nongoma and helped enrich the lives of their communities. Tobeka Madiba-Zuma’s relationship with her husband has not been bliss. His third wife, the couple married in 2010.
In 2020, Madiba went to court to get Zuma to pay maintenance for their 14 year old daughter. His lawyers claimed in court that Madiba-Zuma had not worked since the child was born and that had been the one financially supporting their daughter.
READ NEXT:  Zuma denies not paying maintenance for his 14-year-old daughter MaNtuli is possible the wife that is best known to the public, unfortunately for all the wrong reasons. She married Zuma in 2008.

The National Prosecuting Authority (NPA) made the decision in 2016 to not to prosecute Nompumelelo Ntuli-Zuma based on a lack of evidence in allegations of Zuma’s poisoning. It was alleged she was involved in a plot to poison her husband in 2014. Her lawyers said charges were brought against her without any real evidence.

Recently she claimed that she is not allowed in Nkandla and that neither Zuma nor his family financially support her any more. The former first lady, Gertrude Sizakele Khumalo has been with Zuma since 1973. Not much is known about Sizakele Khumalo also known as MaKhumalo but she seems to be the the steady figure in the family.

Zuma divorced his second wife Nkosazana Dlamini-Zuma in 1998 after 16 years and lost his third wife, Kate Mansho, to suicide in 2000.