The celebs that ‘Live Amp’ gave us

'Live Amp' on SABC 1 is bidding farewell after 10 years. 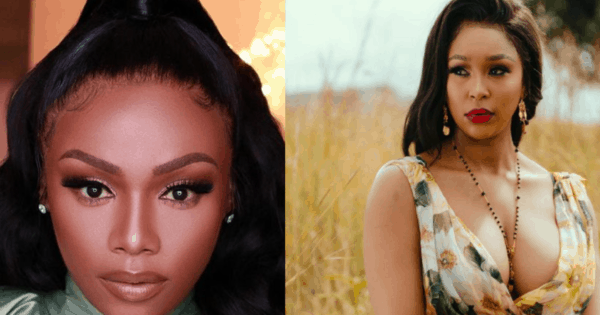 After more than a decade on air with 25 seasons, SABC1’s music show Live Amp is bidding farewell, the state broadcaster announced on Thursday.

The TV show built a legacy of household names in the South African media landscape. Once the prime destination for Mzansi’s latest hits, story telling about popular music culture and a party starter come Friday evening for millions of viewers.

The final season will be hosted by DJ Speedsta and DJ Lamiez who have held the realm for a few seasons. SABC promised some surprise appearances on Live Amp’s The Last Dance, including its most memorable moments.

Considering the fact that the music was the show’s biggest drawcard, it’s great to see it was actually the presenters who became the “it girls” of the industry before going on to redefine the realm of celebrity and entertainment.

The stars Live Amp made

Before being “Queen B”, businesswoman extraordinaire, possibly the most known celeb in SA, Bonang’s career blossomed during her time on Live Amp. After auditioning and getting the role, she and Andile Ncube were the first hosts when the show aired in 2007. The show helped built her career, as she was praised for her presenting skills, fashion sense and the business moves she was making in and outside TV.

After her four years at Live Amp she left, then presented on several shows such as Top Billing, Afternoon Express and many award shows.

Since her departure, Bonang’s career has evolved and skyrocketed. Her presenting skills have been called the benchmark and mimicked by many. From reality TV to a successful BNG sparking wine beverage, now a possible move to the US, her career isn’t slowing down any time soon.

Bonang is still considered the best TV presenter the show ever had.

Filling in the footsteps of Bonang is intimidating but Dlamini-Jones was tasked with that opportunity and flourished. She won the TV presenter search for Live Amp in 2010. Taking over from her predecessor, she was often compared to Bonang.

But she managed to pave her own path and would later be a presenter on SABC1 football show Soccer Zone. Even though her knowledge about the game was questioned, her career in sports expanded to her own Mzansi Magic show called HomeGround in 2017 with Lungile Radu.

Tapping into beauty with skincare product MD by Minnie Dlamini in 2019, Dlamini-Jones is now married to Quinton Jones and they have a son. The couple recently celebrated their two-year traditional wedding anniversary.

Energetic, dynamic, straight shooter Pearl Thusi hasn’t been everyone’s cup of tea but her stint on Live Amp was a momorable one.

Thusi and DJ Warras held the floor from 2013 to 2016. In between that time, the actress was on many shows on the channel, such as Zone14, Real Goboza and then SABC3’s Isidingo. When she left it was announced she would host MTV’s Lip Sync Battle.

The star is still making many headlines for her sharp tongue, international acting gigs, natural hair range with Afrobotanics and the never-ending colourism debate.

Luthando Shosha, known as LootLove is best known for her appearance on Live Amp from 2012. This has been the biggest part of her career. Later on she ventured into radio and her head-turning fashion looks.

After the announcement of its finale, LootLove said the show “did so much for so many of us mchana! Aaaargh!”

She is now a mother of twin girls, Zanothando and Sisizwe, and hosts Apple Music’s Africa Now Radio.

The final season of Live Amp starts on 9 July and will air on SABC 1 every Friday at 7.30pm.