The Miss SA top 10 2021 have been announced with Gauteng having the most contestants and a 'People's choice' winner from the Eastern Cape. 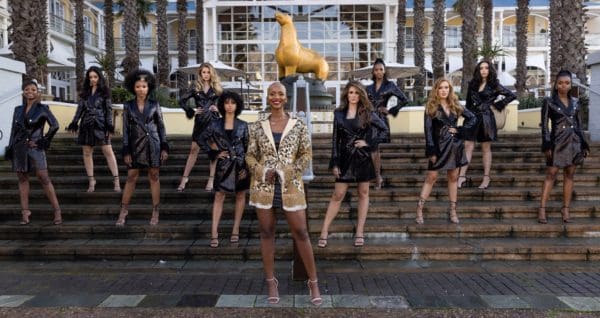 The Miss South Africa top 10 2021 finalists have been named and the host city for this year’s pageant is none other than the Mother City.

During the virtual announcement on Tuesday, it was revealed that the live TV event will take place on October 16 at the Grand West Arena in Cape Town.

The top 30 were just announced in July and the top 10 are represented by four provinces. Four contestants are from Gauteng, three from the Western Cape, two from the Eastern Cape and one from KwaZulu-Natal.

The Top 3 will go on to represent the country at the world’s three most prestigious pageants: Miss Universe, Miss World and Miss Supranational.

Miss SA CEO Stephanie Weil said the finalists are a great representation of the country and they are hoping to have an audience, dependent on the Covid-19 restrictions closer to the date.

The judges are former Miss SA titleholders – Bokang Montjane-Tshabalala (2010), Liesl Laurie (2015), Melinda Bam (2011), and Tamaryn Green (2018). One of the winners will be taking over from reigning Miss SA Shudufhadzo Musiḓa.

The ‘People’s Choice’, Mabunzi received the most votes from the public. The eQonce (Kings Williams Town) native says she was surprised by the favourite tag.

When asked how she has handled the social media attention she has received, Mabunzi answered that she understood what she was letting herself in for when she entered the competition.

“I really work on my best and actively not internalising what people say about me, and just keeping a positive mindset.”

On Women’s Month, Mabunzi says: “The women of 1956 left such an amazing legacy for us… Such an amazing trail to follow. I urge South African women to tap into that courage, boldness and heritage because we are those women and they were us.

The 26-year-old is a student at the Nelson Mandela University in her final year of a BCom law degree.

From Cape Town, Mulder says she wants to share SA’s stories and fight the biggest problems that affect the country.

“I want to show South Africans my voice, my story, and what I stand for. I am ready to talk about a big problem that South Africa is facing and Miss South Africa will give me the platform to implement change,” she said.

The full-time model is in a relationship with Olympian Chad Le Clos and describes herself as a compassionate, strong-willed, and genuine person.

Also from Cape Town, Bezuidenhout, says the Miss SA platform is a “powerful” one and she would like to use it to “inspire, educate, and use as a launchpad for much needed social change.”

The 22-year-old contestant has a bachelor of arts degree in marketing communications and is completing her honours in media studies. She is also a dance instructor and has her own swimwear company.

The 24-year-old contestant from Johannesburg is a commercial pilot and senior flight instructor in a managerial role at a flight school. Hartzenberg says she is passionate about “ensuring that the basic needs of the children in South Africa are met.”

If she wins, she will support programmes ensuring that children are fed before, during, and after school.

Dithebe will hope this pageant is her second time lucky.

After having entered in 2019 and making it into the top 10, she wants to enjoy her stint this time around and for people to hear her voice.

The 26-year-old is studying towards an LLB law degree and also runs her own company that deals with construction and the supply of goods and services.

Not giving up, this is Groenewald’s third time entering and she was very pleased to make it into the top 10.

“I hope that this serves as a reminder that you really are capable of anything. A destiny delayed is not a destiny denied.”

The 23-year-old contestant is from Cape Town and in her final year of a BCom visual communications degree, majoring in graphic design. She is also a barre fitness instructor and full-time model.

She heard the news that she had made it into the Miss SA top 10 after a 24-hour long shift, and Dr Masima said her hard work is paying off.

“I felt a lot of emotions all at once, mainly because I had a rough night at work but also so grateful that all my hard work was being recognised.”

As a qualified medical doctor doing her first year of internship at Charlotte Maxeke Hospital, she is also an aspiring plastic and reconstructive surgeon.

This Gqeberha resident is in her final year of a bachelor in human movement science degree at the Nelson Mandela University.

Matthews loves all things health and fitness-related and wants to send out a message of body positivity.

The KwaSokhuluin, KZN contestant revealed the journey Miss SA has taken her on so far has taken some courage.

“Firstly, that I possess more courage than I ever give myself credit for in being courageous enough to pursue this dream and opening myself up to public scrutiny.

Mswane is a model and dancer and has a bachelor of law degree from the University of Pretoria.

The 22-year-old from Johannesburg is the owner of Tiffany K Models as well as a professional model and fashion design student.

She joked that the hardest question for her during the judging process was, “who is your favourite brother?” saying she found it “impossible” to answer.

“My siblings have taught me the value of relationships!”