Johnny Apple – real name Juan Appelgrein – may still be a kid, but he doesn't sing like one. The 17-year-old R&B vocalist from George, winner of SA’s Got Talent 2013, is finishing off Grade 11 while simultaneously working on his music career.

Though he started pursuing music at age 11, the SA’s Got Talent opportunity was the official catalyst in taking his talent from passion to profession. Appelgrein had both the looks and talent to win over his audience.

With school still a priority, it’s taken Appelgrein almost a year to release his debut album (Season 5 of SA’s Got Talent is already on air) but he has not been forgotten.

With Twitter abuzz with affection for the young star, it appears Appelgrein’s career is starting to take off. Not quite ready to place all his eggs in one basket, he says: “It’s important to me that I finish school, because you never know what’s going to happen in this life. I want something to fall back on. Also, I want to be a good example to those who look up to me – and this is me doing the right thing.”

Appelgrein is answering questions while boarding a plane back home. He is is juggling exams and album promotions and doing his best to find time to study in between. Brushing off the air stewardesses for a few more seconds to satisfactorily answer a final question, he’s already showing an admirable sense of dedication. This is a much-needed quality in a possible international superstar – Appelgrein’s ultimate goal.

“I want to show people I’m in it for the long run. It’s busy,” he says. “But I just go with the flow. I love what I do and I don’t see it as work. I’m just grateful I get to do what I love and be recognised for it.

“I’d love to go international one day and perform with Adele. She is such an inspiration.”

Though still new to the industry, Appelgrein’s enthusiasm is promising and his vocal range even more so. His eponymous

debut album offers the same soulful sound that won him SA’s Got Talent. 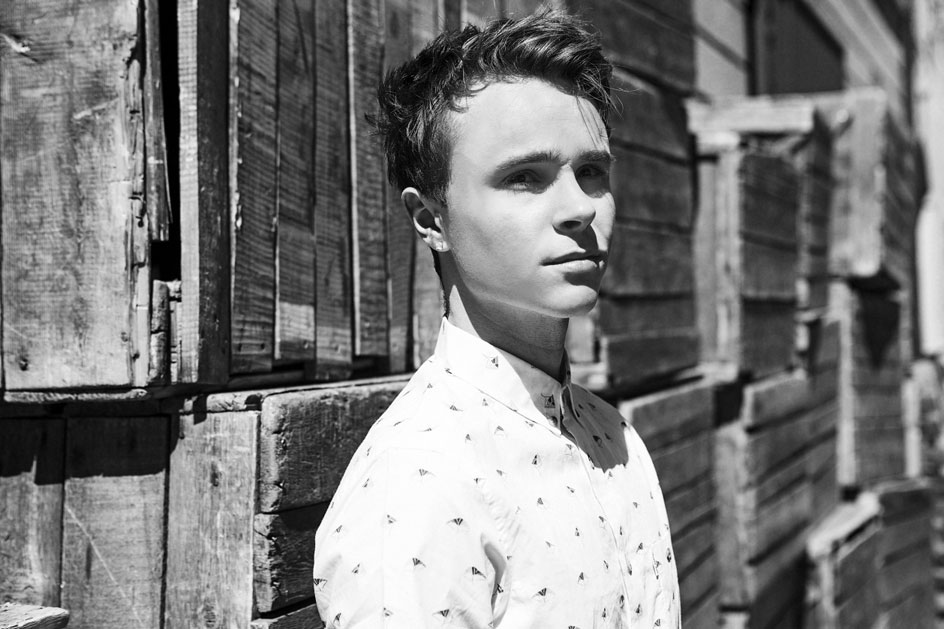 OUT NOW. Johnny Apple’s debut album introduces the singer to an audience beyond his TV fans.

Off the back of that, Appelgrein released his new ready-for-summer single Warrior last month, along with the Johnny Apple album last week.

When asked about the new single, he says: “If it gives just one person the courage to be a warrior and stand up for what they believe in, I will have done what I set out to achieve.”