Ziphozakhe Zokufa, singer, ukulele player and Miss South Africa 2014 is in the running to do well at the 2014 Miss Universe pageant. 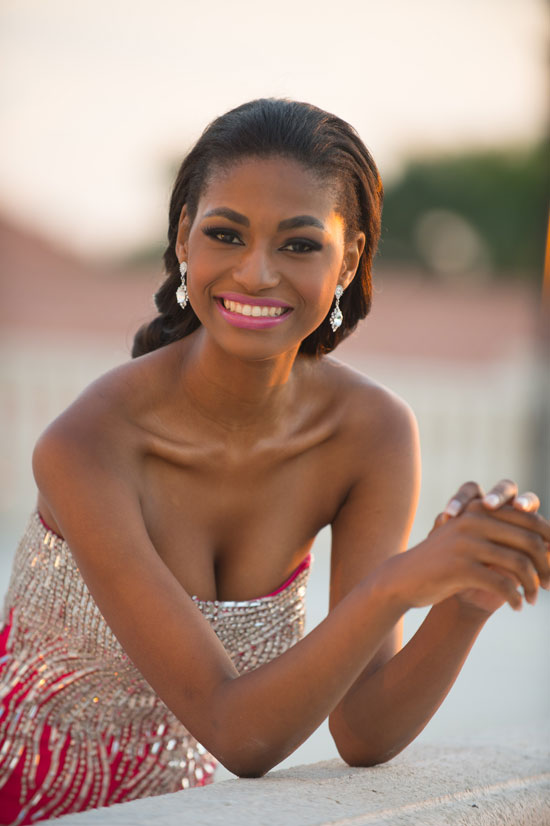 Yes, the Eastern Cape beauty sizzled in the hot Miami sun in a red Robot Clothing gown for her official evening gown photo shoot for the pageant. She has been earmarked as a Top 10 finalist by leading online pageant magazinemissology.org.

If Zokufa wins she will be the second South African to win the crown. In 1978 Margaret Gardiner did South Africa proud by winning Miss Universe.

Since arriving yesterday, Zokufa and fellow pageant contestants are touring, filming, rehearsing and preparing to compete for the crown in Doral-Miami, Florida. The 63rd Miss Universe takes place on 25 January.

Zokufa will be representing South Africa against 88 other countries in the competition which is watched worldwide by more than one billion people.

At the pageant, she will wear two gowns the national costume designed by Gregg Maragelis from the CTCFD and the finale gown created by top South African designer Gert-Johan Coetzee.

“I have been looking forward to this event from the moment of my crowning and will carry the Miss South Africa title with pride. I not only represent myself but also the entire country. I trust I will make every South African proud,” Miss South Africa says.

Look out for our story on Zofuka’s chances in Friday’s edition of The Citizen.