Getting typecast as a particular kind of entertainer is one of the few pitfalls of playing a character well. 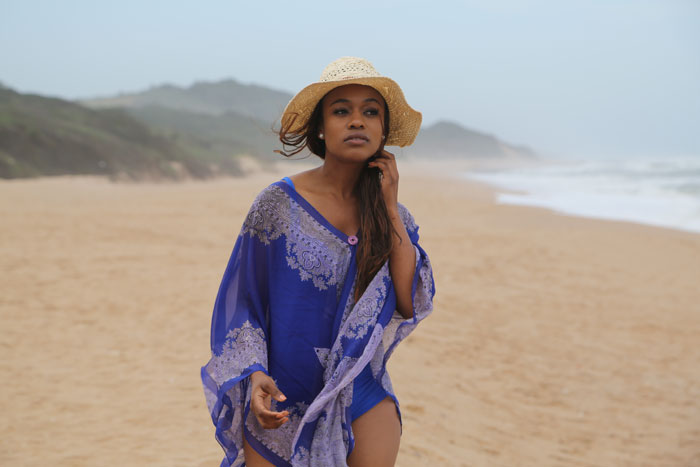 Not one to be caught in a rut, Nomzamo Mbatha decided to take on a different challenge – in addition to her new role as Kwezi on Umlilo, she tried her hand at hosting a reality series. Here she chats about hosting the show, as well as being the soapie character viewers love to hate.

How has hosting Holiday Swap KZN helped you develop as an entertainer?

Being on Holiday Swap broadened my perspective with regards to how much more I can do within the sphere of the entertainment world. It allowed me to be more mindful in terms of content and that not everything has to be glitz and glam for it to be great TV. In the six weeks that we were touring KZN, I developed a deep sense of wanting to be more.

What do you think viewers can learn from the show?

That going on holiday doesn’t have to cost a fortune. What the show does is showcase the beautiful province of KZN in different forms as well as different views, that it’s not just the beach or the city of Durban that the province has to offer, but so much more. It will evoke a sense of adventure for the viewer.

What was the biggest adjustment you had to make, moving from a soap to a reality show?

It wasn’t just a jump from soapie to reality show, but also a jump from acting to presenting. With acting, if people hate what they see, it’s a matter of hating the character that you’re playing rather than hating you, the person. I was more insecure about presenting because with that you’re being yourself so the attack is much more personal and interrogating. But I turned out pretty good.

Which moment on Holiday Swap has been the most memorable for you?

The best part was getting to explore KZN and also watching the contestants transform. How on day one everyone would have their competitive streak on, but by day three, they would be saying “even if we don’t win, this was a life-changing experience”, which I found so beautiful to witness. I was so jealous of seeing the contestants overcome their fears and I found myself wanting to do the same. The only time I was not jealous of the contestants was when snakes and bullfrogs were involved. I’m not that adventurous!

How have people reacted to your role on Umlilo?

People “love to hate” and “hate to love” my character. It’s incredible how people hate evil in real life, but when it comes to seeing it on screen, they’re enthralled by it. So, they’ve been hooked, because they don’t know what she’s gonna do next, which is absolutely wonderful. I love my character. I could play it for the rest of my life.

Where would your dream holiday destinations be?

If time and money were no issue – KwaZulu-Natal, Sodwana Bay. One of the most incredibly stunning places in the world. A yacht in the South of France and of course beautiful Bora Bora.