First-time director Kate Barker-Froyland's debut centres on the healing power of music – but as noble an idea, she still falls short when it comes to execution. 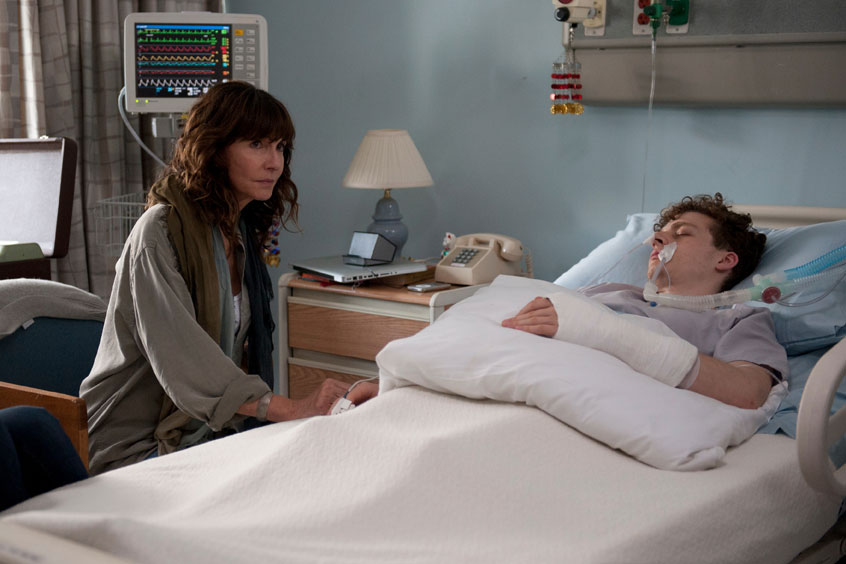 Her only saving grace is the A-list actress Anne Hathaway. It’s not that Song One is entirely bad, but rather that it never quite peaks. The film follows the life of anthropology student, Franny Ellis (Hathaway), studying nomadic tribes in Morocco. She returns to New York City after her aspiring musician brother, Henry (Ben Rosenfield), gets hit by a car and enters a coma. Heartbroken that her last conversation with him ended in dispute, she will never forgive herself if he never wakes.

Guilt-filled, the misty-eyed Franny uses his journal as a means to get closer to him – or at least understand him better – travelling around to clubs he most frequented. On her little adventures, she meets Henry’s favourite musician, James Forrester (Johnny Flynn), and with a little persuasion, convinces him to visit the hospital and play at her brother’s bedside, hoping he would recognise the sounds and subsequently wake up.

Flynn has no real screen presence – a musician meant for stage, not film. South African-born, he is the frontman of the English folk-rock band Johnny Flynn and The Sussex Wit.

The couple enter into an untimely relationship, her attention now hard-pressed between the two. Their sombre romance is sadly depressing and, other than the emotive music that arises from it, lacks any excitement.

While most things happen when least expected, you can’t help but question her emotional state at this time. The music takes centre-stage and, based on the recent surge in indie-music films, will give the title more prominence than it deserves.