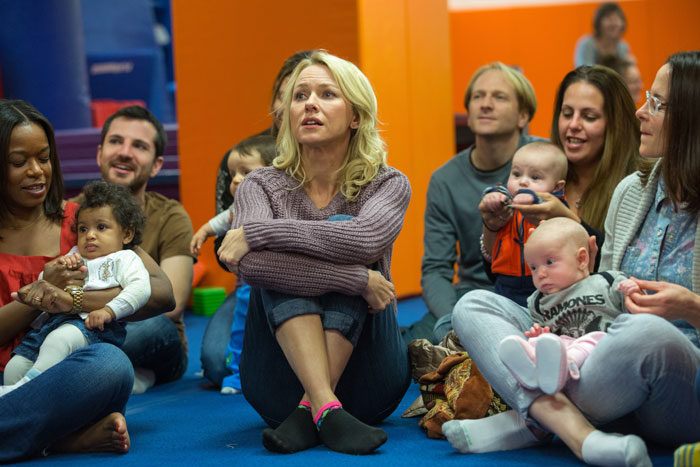 Stiller, a more sympathetic character here, proves a fine foil for Naomi Watts as they portray a middle-aged couple who are in a rut – until they meet a modern couple in their twenties who help to change their perspectives. They sparkle as Josh and Cornelia, New Yorkers in their forties. With no children but lots of mid-life listlessness, they feel a loss of identity. Then Josh, a flailing documentarian and part-time teacher, meets a couple who are sitting in on his education class.

They’re Jamie (Adam Driver) and Darby (Amanda Seyfried). They are spontaneous and seemingly irresponsible. Jamie and Darby got married in an abandoned water tower. They have a chicken and a funky female roommate. Jamie also makes doccies, but his offer to co-direct a project with Josh is a sneakier move than you’d expect from a laid-back hipster. As Josh and Cornelia ditch their friends with babies for friends who act like babies, Josh finds, to his surprise, some notable values within himself.

Stylishly directed by Noah Baumbach (The Squid and the Whales and Margot at the Wedding), the film embraces many home truths with which people can identify. It offers some strikingly funny moments, pithy dialogue and potent comments about the ethics of documentary filmmaking. The writing is wry, sharp and most poignant at times.

An interesting aspect of this is observing how the screenplay deals with the nature of truth, where one generation believes truth is what you want it to be while the other finds it is abhorrent.

However, the film goes a tad off track in this area because the subject does not provide sufficient motivation for anyone outside the filmmaking community to care about. Charles Grodin, whom I remember with fondness in the Heartbreak Kid many decades ago, is totally underused as Cornelia’s legendary filmmaker father in a droll cameo.