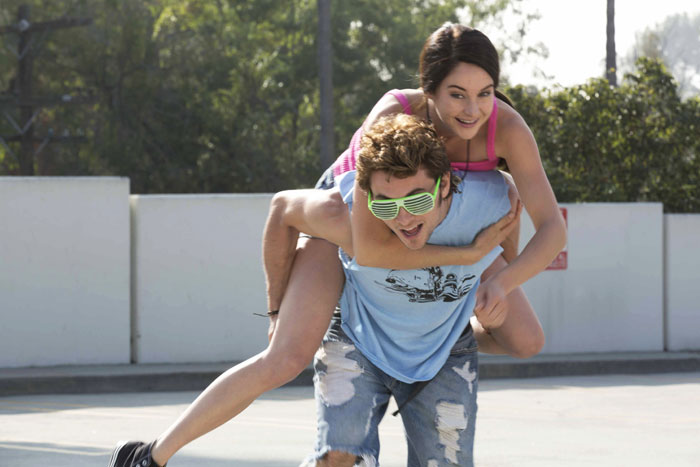 A scene from White Bird in a Blizzard. Picture: Supplied

And he’s gone full circle as far as risky, controversial films are concerned. You don’t walk out of one of his films without feeling challenged or bored. He burst onto the scene in 1992 with one of the bravest and most in-your-face films in “new queer cinema” history: The Living End in which two men, who are HIV-positive, start a free-roaming sexual relationship because they don’t have anything left to lose.

He followed that with Totally F***ed Up – the title alone told its own story in no uncertain terms, and made even more contentious films such as Nowhere, The Doom Generation and one of his best: Mysterious Skin. Now he has taken Shailene Woodley of The Fault in our Stars and of current Insurgent fame and given her an emotional makeover in White Bird in a Blizzard. He also filmed he r nude in a challenging role which might upset some of her fans. But the role requires it. And if you accept an Araki role, you know you’re in for a tricky experience.

Add to this recipe the modern femme fatale, Eva Green of The Dreamers fame, and you have an electrifying combination. Woodley paints a convincing picture of a confused and rebellious teenage girl in crisis. Her mother disappears and, what the press notes describe as her “doormat of a father”, Christopher Meloni, seems to know more about her disappearance than he lets on. The mother was neurotic and super-efficient, cleaning the house for hours and trying to erase every damned little spot on a window. She was the Lady Macbeth of frustrated households. Was she murdered or could she simply not take it anymore?

But, being an Araki film, there is a sting in the tale. And boy, does it hurt! Add to this the raging hormones of a young girl in love with a boy who may or may not be a danger to society and you have a film that will be talked about.