The Man from U.N.C.L.E. movie review

Unfortunately this tribute to the sixties television series (1964 to 1968) should have been updated and needed a serious dose of that famous energy drink that gives you wings. 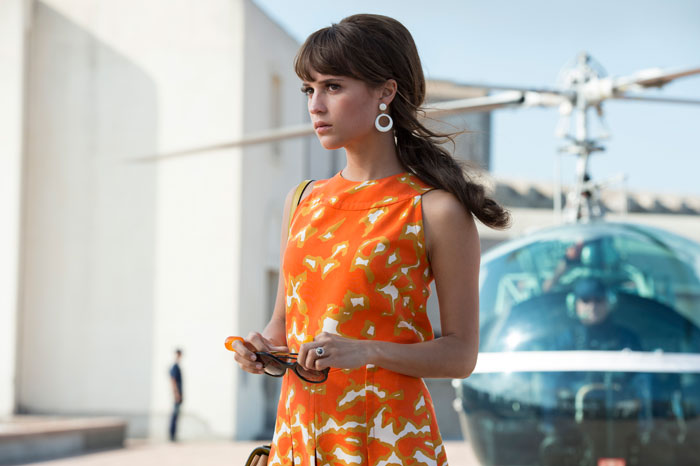 And as far as I can remember, we had never seen it in SA when we eventually got television in 1976. So this film has already lost at the local box office before it has properly started. So why reinvent a perfectly sound and cherished franchise, you may ask? Because modern day audiences have been spoilt with so many amazing supersonic and modern special effects and exciting testosterone-infected stories recently, that they will quickly become bored with this one.

Remember, James Bond was reinvented for a new generation, as were Tom Cruise’s Mission Impossible outings and several other franchises have proven “old” heroes can find new fans in new forms. Which is why you may catch yourself watching this film from a neutral distance, instead of getting involved and participating in the action.

The Cold War is something of the distant past, as are the outfits, hairstyles, thick make-up and turtleneck sweaters displayed here. This means Guy Ritchie’s version is all about style, with very little substance. It has smooth editing, chic costumes, bemused performances and a plot with more plot holes than a bullet-ridden taxi. It may be a tribute to the iconic Robert Vaughn and David McCallum series of the sixties, but no one really cares about the split between East and West Berlin any more, or Checkpoint Charlie and the development of nuclear weapons, for that
matter.

Henry Cavill’s Napoleon is much too bland and his nonchalance comes across as a disinterested attempt at acting. He is so macho that even under extreme electric torture, he doesn’t utter a sound. But, lo and behold! Two or three hair strings manage to escape his Bryllcreamed head just long enough to prove he was under slight duress. But when another hapless soul lands in the same chair, he screams his lungs out even before the machine is properly switched on.

Armie Hammer never convinces as the Russian KGB operative Illya Kuryakin. As another critic observed: he is easier on the eye than the ear. His attempt at a Russian accent reminds of the countless actors who have tried to imitate SA accents. It detracts, rather than contributes, to his scenes. But he is handsome to stare at, if you’re a Hammer fan.

There are car chases that seem quite mild and plain compared to today’s exuberant chases, while the two ladies’ make-up weighs more than the vehicles they travel in. Hugh Grant is also in there somewhere, his usual mannerisms and clipped way of speaking still intact, while Elizabeth Debicki as the villainous Victoria is so stiff and wooden you can use her for a Christmas tree.

If you switch your brain off, the film will pass two hours effortlessly. The movie is quite elegant to look at, but flat.