Yogueta-buying groom on Our Perfect Wedding

Our Perfect Wedding was trending last night, and so was ‘Yogueta’, I’ll tell you why in case you missed it.

Last night, we met Siyabonga, 28, and Nonhlanhla, 25. Siyabonga is a taxi driver who used to drive Nonhlanhla to work every morning at exactly 6.30am. He was a new driver at the time and would always be on time to pick them up. Nonhlanhla, on the other hand, was used to the previous driver who would wait for her when she was late.

Nonhlanhla was always late, so she missed the taxi all the time, and Siyabonga said he was not going to let one person delay the whole group. When she asked her friends to tell the new driver to stop leaving her behind, Siyabonga told them he wanted to see her so he could put her in her place. When they finally met, Siyabonga said he froze; he did not know what to say because she was just beautiful.

He then started pursuing her. She said she could not date him because she thought he was much older, referring to the beard, hair and the clothes he wore. He showed her his driver’s licence to prove he was much younger than he looked.

Siyabonga apparently does not waste money on unnecessary things. He does not buy things such as KFC and also does not just buy anything Nonhlanhla asks him to. He said he first assesses if it is a need or a want “because women like shopping too much”.

This has led to a number of fights though. According to Nonhlanhla’s mother, when Siyabonga refuses to give Nonhlanhla money, a huge fight breaks out because “she loves money a lot”.

However, as stingy, or should I say as careful, as Siyabonga is with money, he did say he sometimes buys his woman a Yogueta as a gift. It is better than nothing right? After all, it is the thought that counts.

Apparently the baker did not have small pieces for tasting, so the couple had to trust their word that the cake would be nice. When last did I see a cake with bridges and steps? That was a nice throwback, but they were not used at the wedding because people could not assemble the six-tier cake.

Every outfit at that wedding was hired; the wedding dress (common), suits (clearly becoming common) and the bridesmaid dresses (my first time seeing it).

Siyabonga said it was only fair that Nonhlanhla hires the wedding dress because, “what is she going to do with it after the wedding, frame it?” And it saved him money. 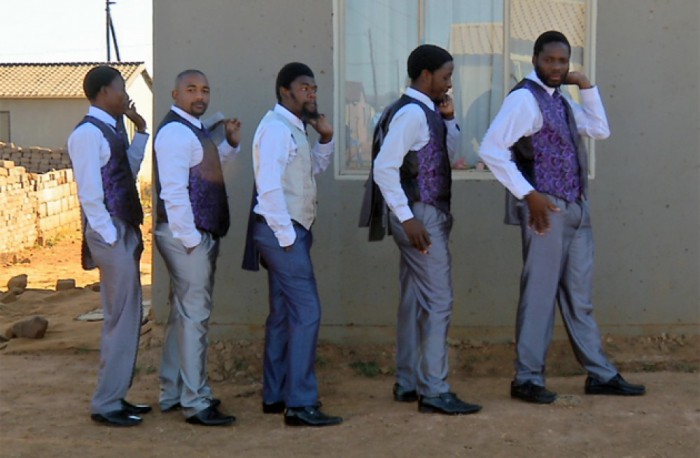 The suits were shiny, even the groom’s shoes. One of the groomsmen said KK of Muvhango had nothing on them. Though they tried competing with him, KK still takes the trophy.

The wedding dress looked nice on her and fitted her body well. She almost overdid the bling. My thing is: if the dress has so much bling, tone it down with a thin necklace and no heavy earrings. She managed to get away with it though. 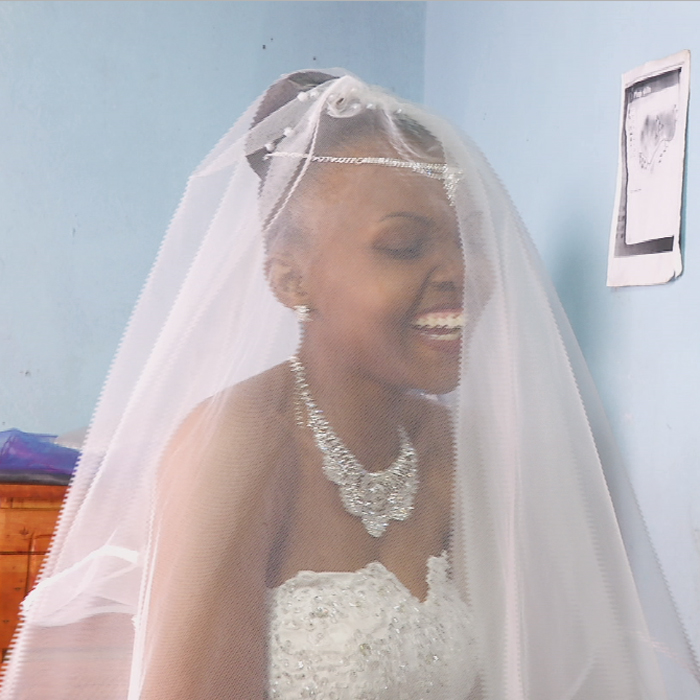 The décor lady messed up last night. She promised surprises and delivered, just not good surprises. There were no round tables, the rectangular ones that were there were not enough for the guests. There was so much shortage of tables the food had to be served from the floor.

LOL there was also an abundance of hair at that wedding. This winter had nothing on the groom – that hair and beard was enough to warm his whole body.

You should know it is unprofessional to use LOL, right? I just had to because that is what the best man said when he greeted the guests. He said LOL a few times and just left me thinking perhaps I should use it as well. 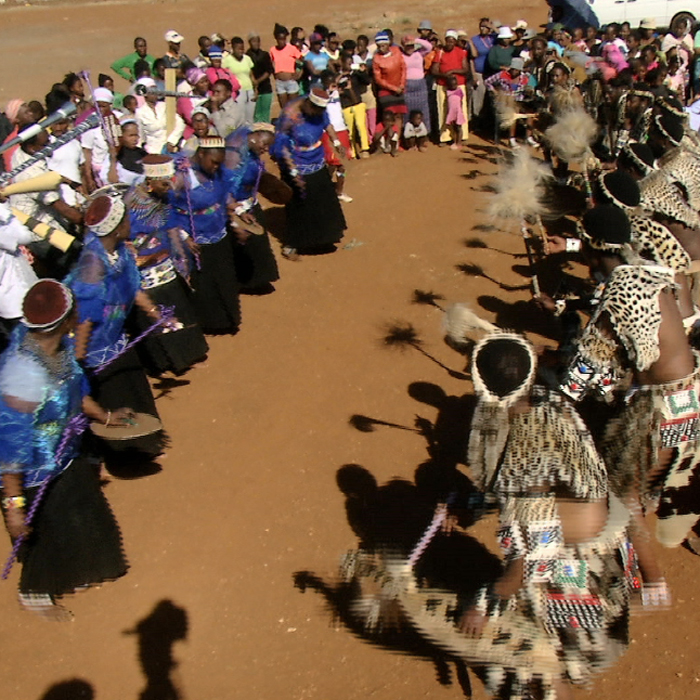 The traditional wedding was just beautiful. Last night’s families went all the way; the dancing, the singing and the outfits. It was beautiful and the involvement of the community and other church members just made the whole ceremony come together. I give this ceremony the trophy; of all traditional weddings we’ve seen before, this one was the best.

Apart from the décor lady not coming through, I thought this was a perfect wedding, what did you think?

What I love most about OPW is that despite all the mishaps of the weddings, what still stands out is each couples love for each other❤️ #OPW

He spoils her with Yogueta and Danone. The man has set the bar high! How can I possibly compete with that! #OurPerfectWedding #OPW

Originality can not be faked ! This guy is my hero ! #OurPerfectWedding pic.twitter.com/QIqn7fx9Ld

When I don't see a gold tooth on #OPW I always wonder if I am actually watching Our Perfect Wedding.