Sofia Coppola, who grew up famous and with a renowned father, is probably used to being in the spotlight, so she was the right choice for this stranger-than-fiction film based on a real-life group of fame-crazy teenagers in Hollywood who rob the houses of the likes of Paris Hilton and Lindsay Lohan. 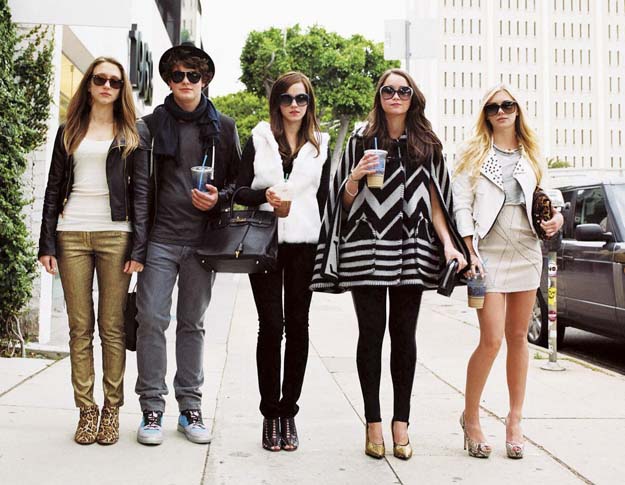 The teens then boast about their famous bling at school and recklessly wear celebrities’ shoes and paraphernalia.

These activities became addictive; for once the teens have found something more interesting than their cellphones or partying to keep their over-saturated minds occupied. Coppola knows exactly how to explore and expose this excess in The Bling Ring. She paints a pretty grim picture of a country and a community that is self-satisfied and filthy rich.

The worst shock in this film is not ne-cessarily the brazen break-ins, but the overindulgence in shoes, clothes, make-up and closets bursting with designer names which these celebrities keep as trophies and which are then plundered by equally rich kids who need a fix of excitement. What is even more shocking is the total absence of parental control. The parents are too busy with their iPads, social lives and making money to give a thought to supervision. 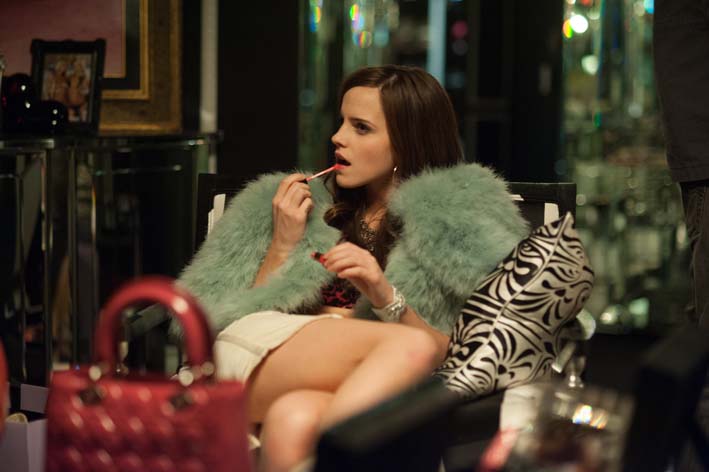 Emma Watson in a scene from “The Bling Ring.”

The Bling Ring is a testament to a country in a capitalist gridlock, where conversation barely exists except through social media, and money and bling serve as a passport to wealth and happiness marked by dollar signs.

The Bling Ring has a high irritation value, but as a critique on modern American youth and their obsession with celebrity, it deserves to be seen. Celebrity and its excess have otherwise taken over America with barely a shot fired on the Beverly Hills battleground.