Before Midnight rescued from a rut

This third instalment in the Before trilogy is film therapy. Seldom before have the delicate intricacies of a relationship been explored with such dignity, respect, vigour, insight and sensitivity as in this, the best of the three films (the others were Before Sunrise and Before Sunset). 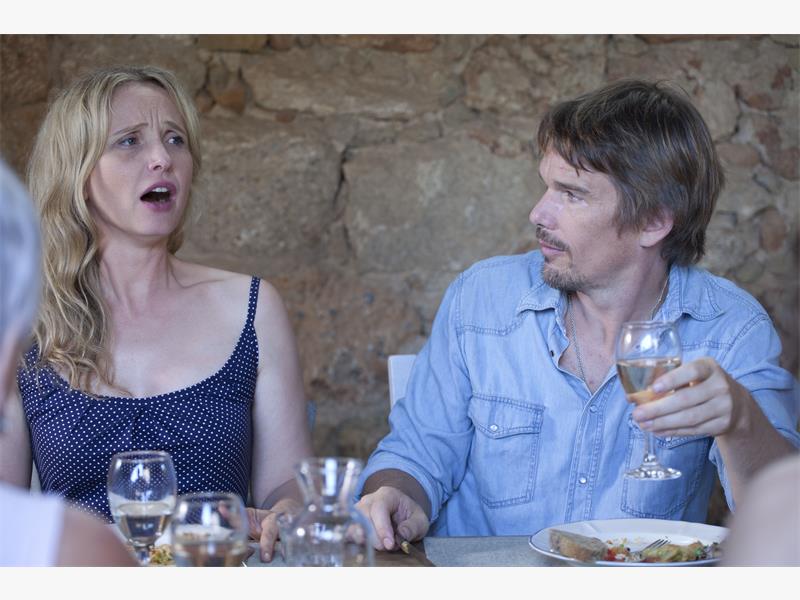 TAKEN FOR GRANTED. Celine (Julie Delpy) and Jesse (Ethan Hawke) have reached a point where their relationship has stalled in Before Midnight. Picture: Supplied.

Many viewers will remember the idyllic and realistic courtship of Jesse, an American boy, and Celine, a French girl. They met on a train to Austria and philosophised with an understanding and wisdom far beyond their years about why sex should not be an option on a first date, and what makes men and women tick.

We meet Jesse and Celine (Ethan Hawke and Julie Delpy, both in top form) 18 and 9 years respectively after we eavesdropped on their relationship in Before Sunset in 1995 and Before Sunrise in 2004. They now have twin girls and are spending their vacation in Greece with friends who have also been together for years. They all initially sit around a table, with Jesse and Celine taking note of how their friends experience sex, love, relationship and family. During this long discussion, they talk about ordinary and mundane issues, yet also comment on the state of their marriages or relationships. And we wonder how Jesse and Celine fit in.

They are at that dangerous halfway mark when they start taking each other for granted, seldom explore new avenues in their self-satisfied relationship and forget to talk about issues close to their hearts that slipped by under the happiness radar. As a matter of fact, the pair have become over-saturated with each other. They reach an unexpected crisis point sparked, as usual, by a routine issue.

This results in the most explosive, dramatic and astutely perceptive discussion I have ever witnessed on screen about what went wrong in a relationship when no one was noticing, and how a couple can try to discover the cure (which is often unattainable), and sustain emotional interest and love.

The final 30 minutes of this film alone is worth the price of an admission ticket and is vividly and often fiercely carried out.

Audiences should know: there is wall-to-wall dialogue, fully motivated and functional. It is expressive and brilliantly written and the piece might earn an Oscar nomination for best script. It could seriously challenge those in search of clichéd romantic entertainment.