Named Mud, after it's delinquent protagonist (played by Matthew McConaughey), this film is really the coming-of-age story of two 14-year-old boys – Ellis (Tye Sheridan) and his friend Neckbone (Jacob Lofland). 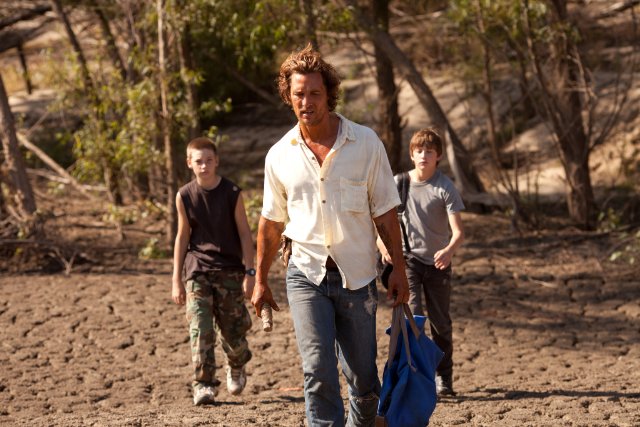 Growing up in a small town in Arkansas, the film recalls Mark Twain’s popular novel The Adventures Of Huckleberry Finn. The film reflects aspects of Southern culture, including the people, the places, the accents and the themes. Director Jeff Nichols does well in telling an action-filled tale about love, loss and everything in between.

Ellis and Neckbone are on an adventure. They find an abandoned boat up in a tree on the shore of the Mississippi river. Here, they meet the vagrant Mud, lean, rugged and cold-blooded, with knotted blonde hair. McConaughey pulls the role off well. His mannerisms are a sign that something’s not quite right, though, and as he reveals the inner complexities of his soul, his facade appears to be little more than gritty machismo.

To the boys’ disappointment, Mud is living in the boat while hiding on the island, perhaps fearing the police, or even worse, the family connected to the man he allegedly murdered.

At his request, the youngsters innocently make the long trip across the river to the island, bringing Mud food, in exchange for the boat.

As the film progresses, viewers start seeing a much more compassionate side to Mud as he develops a soft spot for Ellis, who begins visiting the older man on his own.

Filled with great tension and the establishing of friendships that run counter to most modern-day ideas of such relationships, this story simultaneously takes its audience on an cinematic adventure and asks viewers to contemplate their own life decisions and their consequences.