If you enjoyed Porra, Monkey Nuts will be right up your street. 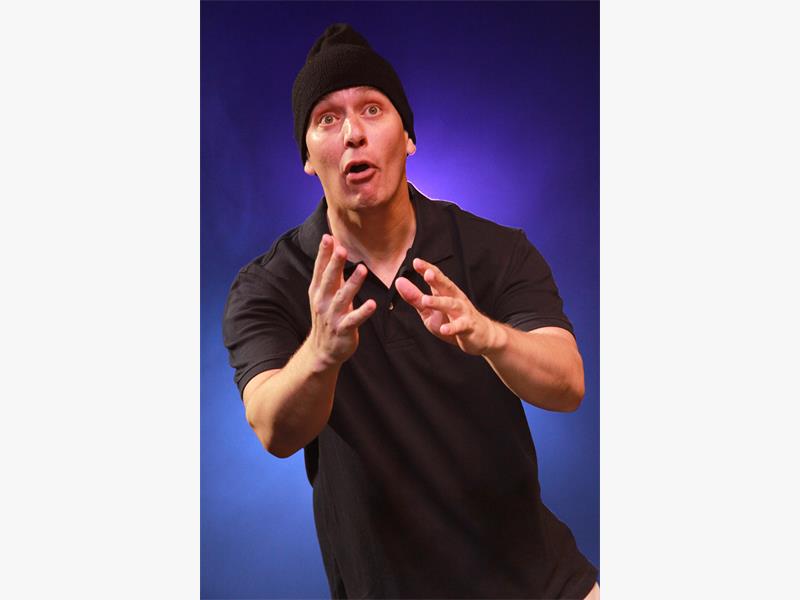 Where the former’s Sonia Esgueira takes the mickey out of the Portuguese community by effortlessly shape-shifting from one character to the next, Matthew Ribnick transforms from a shy bank teller with no friends to a black yoga instructor, a gay flapper and a man suffering from Tourette’s syndrome, to mention a few.

Ribnick has a genuine understanding of the idiosyncrasies that make up his individual characters, each vastly different from each other, and his imitations are flawless. He needs nothing more than a couple of hats and a change in his posture to achieve his aims; and with each new impersonation it feels like there’s a completely different person on stage.

Working with writer Geraldine Naidoo, Ribnick has had a successful career, with the pair’s previous works, Hoot and Chilli Boy, both award-winning productions.

Monkey Nuts tells the story of an eccentric bank teller named Edgar Chambers whose only friend is a monkey that lives at the back of a pet shop. Edgar has a habit of monitoring the prices of various items in stores, always on the lookout for the best deals.

He’s so skilled that he can tell you the price of any item, anywhere, at any given time. He also has an obsession with entering competitions – what better deal is there than getting something for free?

After he wins a trip to Italy for himself and three friends, an assortment of personalities from Chambers’s past reappear in his life, wanting to rekindle some or other lost relationship. What ensues is nothing less than brilliant, evidence of a world-class comedy talent.

Ribnick’s outstanding vocal ability adds significantly to the pieces, from his belting out a opera number to performing a Bollywood film song, complete with the dance movements. The show is a clever mix of situational comedy, storytelling and hilarious characters.

In this enticingly slick and humourous performance, the laughs are endless. But there are times where Ribnick slips in and out of his roles so quickly that the thread becomes difficult to follow.