Dane Stops, who painted Bok Captain Siya Kolisi, said he was egged on to get on board by Iain Ewok Robinson, and they were joined by Giffy Duminy. 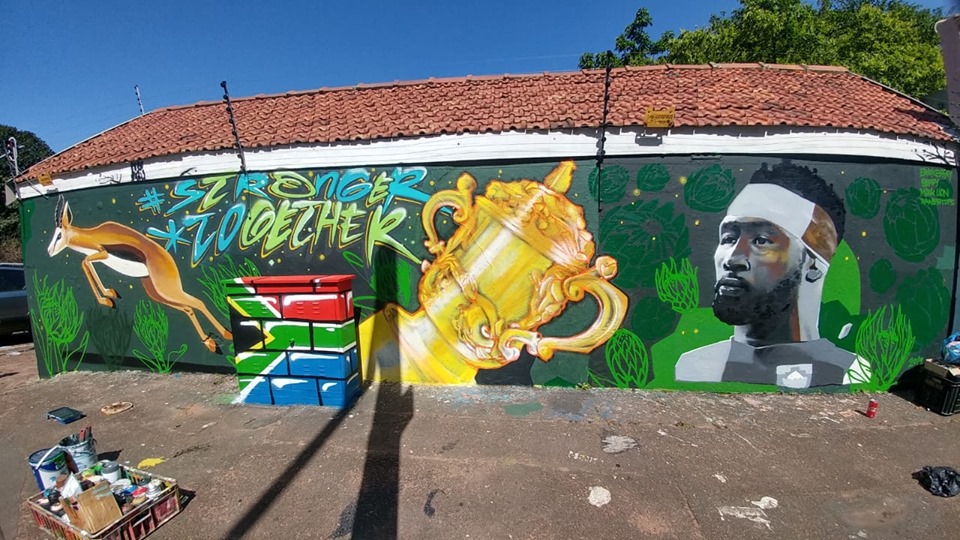 Within 24 hours of South Africa winning the Rugby World Cup, a group of Durban artists put their creative juices together to pay homage to a legendary victory.

Durban motorists were greeted by the inspiring sight of art on the corner of busy intersection Sandile Thusi and Problem Mkhize roads, thus keeping the hype of a nation’s victory alive.

One of the prominently known artists, Dane Stops, who painted Bok Captain Siya Kolisi, said he was egged on to get on board with the project by Iain Ewok Robinson, another artist. 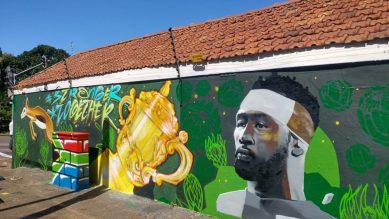 “Ewok was the instigator and he messaged a bunch of us and said, let’s do this. We did it so that, on Monday morning, people on their way to work would be reminded of the country’s glory.”

He said the discussion around the project commenced on Saturday evening.

“We exchanged a couple of sketches over WhatsApp. It was a very basic idea. A lot of things were unplanned.”

Together with another artist Giffy Duminy, the trio got to the wall on Sunday morning at 09.30am and left around 15.00pm, with many others collaborating through the day to create the artwork in just under six hours.

Stops said he was inspired by the #strongertogether hashtag.

“It extends beyond just a campaign for a national team. I think the [victory] became a shared experience. In terms of the art, people can read into it and appreciate it in their own way. It becomes a conversation starter.” 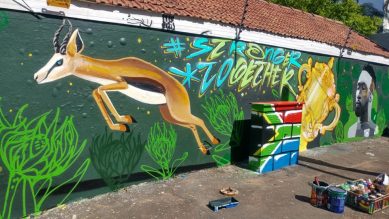 Speaking to News24, Robinson said that many people had written South Africa off after England dismantled New Zealand in the semi-final.

“People didn’t give us much of a hope against them after that. But we were going into the final as underdogs. If you say we are underdogs, it can motivate us to win.”

He said that, on the morning of the game, the energy in the air was palpable.

“There was a tangible feeling of nervousness, people knew we could do it. When we won, it became the story ahead of England. It felt like some sort of dream.”

Robinson said he contacted a group of writers and asked if anyone was keen.

“We didn’t want that feeling of unity and victory to die. We wanted to keep the fires burning for as long as possible.”

He said that once Stops began painting Kolisi, the artwork started having the desired effect.

“People were then stopping and taking pictures and were so happy to see it. The energy kept going and that is all we wanted.”

Robinson said he had previously been cynical about sports and entertainment but felt this was bigger.

“In its genuine, purist form, sport has the ability to bring people together. Siya and Rassie Erasmus were so eloquent. Everyone knows, this was bigger than just a day. Our problems won’t be solved overnight, but at least we came together a little bit more.” 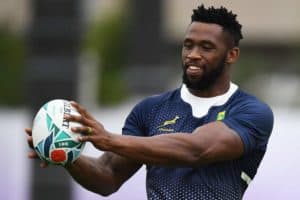 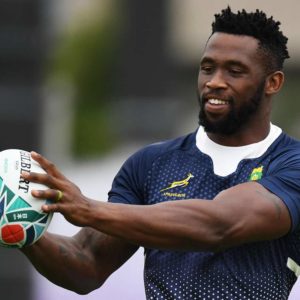