Analysing the meaning of love in a relationship

In the era of high levels of relationship break-ups and divorce, The Secret to Finding Love is a must-read for the young and old. 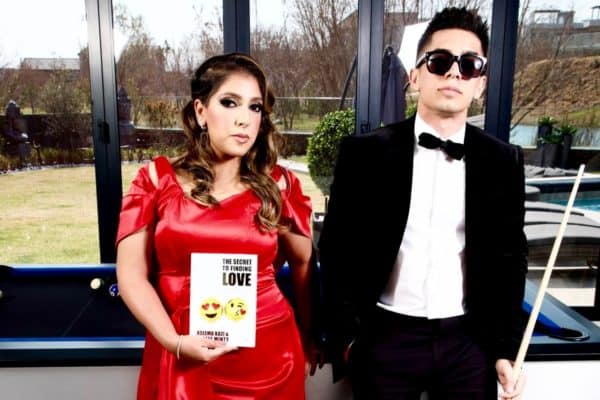 Aseema Kazi and Zareef Minty, co-authors of a soon to be published eBook – The Secret to Finding Love. Picture: Supplied

The danger of bringing old baggage into a new relationship can only cause damage to what could have turned out to be a life-long special partnership.

So delicate and sensitive is the start of a relationship, that it is sometimes preferable not to rush things.

These are among words of wisdom in the soon-to-be published eBook – The Secret to Finding Love – co-authored by Aseema Kazi and Zareef Minty.

During the era of high levels of relationship break-ups and divorce, the book, a must-read for the young and old, contains topics such as being honest with yourself about your intentions and the ability to commit in a relationship, learning from previous mistakes and not to “force love”.

While love is what everyone wants, the sad reality is that many people do not feel loved, which sometimes leaves them feeling less worthy of themselves.

Reads an excerpt from the book: “Love can only occur in a natural form and no force in this world is strong enough to force love.

“Love happens when you are patient, honest, kind and open with your partner.

“Don’t force your partner to spend time with you, speak to you or be around you.

“Force and standards also go hand in hand – one should always be aware of what they deserve, no matter how badly you may think you want something.

Besides writing a book, the powerhouse duo of Kazi and Minty have come a long way, having been involved in various community, business and social ventures.

Minty, 27, is an LLB graduate from the University of the Witwatersrand, who has developed into a thought leader, motivational speaker, an innovator and businessman.

As a motivational speaker, he speaks in schools around South Africa fortnightly. He also writes for an online agency, contributing articles on politics, law, business and current affairs, locally and globally.

Minty also writes for TeenZone, a large teen magazine in South Africa, on lighter topics like love, relationships and self-improvement.

He made the Mail & Guardian’s Top 200 Young South Africans under 35 list in 2014, in the politics category.

His involvement in student politics saw him being elected treasurer of the Law Students’ Council, chairperson of the Black Lawyers’ Association, and the chair of the Student Discipline Committee.

To plough back to the South African community, Minty started his own foundation called the Zareef Minty Build A School Foundation, which plans on building three schools in Limpopo by the end of 2024.

Listed as a Forbes Africa 30 Under 30, Minty is a One Young World Ambassador for South Africa, to represent the country abroad later this year.

Kazi, 38, is a CEO who runs seven successful businesses under her wing, including an image consulting and styling company called The Style Factor.

The company has styled some of South Africa’s A-List celebrities, as well as international artists. She also owns two of her own clothing brands, Karamel and Ziba Plush, one of which is locally manufactured.

Her clothing brands focus on body positivity, the inclusion and acceptance of oneself, and the celebration of a woman’s journey.

She previously spent more than a decade in the motor industry – a male dominated environment – where she learnt first-hand the meaning of discipline and hard work.

Kazi also has a humanitarian side to her – being co-founder of a non-governmental organisation called Help Foundation.

The key focus of the foundation is to empower individuals and be able to provide long-term sustainability.

Among projects that the foundation has spearheaded included an Adopt a School Campaign, Adopt an Orphanage Campaign and the Save KZN Campaign.

The Secret to Finding Love has been a culmination of a life-long dream for Kazi, influenced by her own life’s journey, which is colourful and inspiring.

The upcoming book launch and signing are among many activities soon to occupy the busy calendar of Kazi and Minty.

You can find the book on https://highqualityrelationships.com/product/the-secret-to-finding-love/