Who is he talking about? If you missed last week Saturday’s Real Goboza on SABC 1, you missed out on some captivating television.  The guest on the show was none other than the controversial, outspoken and fairly blunt Thabo ‘Tbo Touch’ Molefe.

The radio personality, who is somewhat known for his frank nature. minced no words in his interview, and left those watching wishing the interview lasted more than a few minutes. Touch typically bashed people who regarded themselves as celebrities after receiving just a few followers on social media.

“You know what is sad in this country. We are recycling talent,” he said, pausing a bit before explaining himself. “If you have 500 000 followers, that makes you a superstar. What earns you a right to be a radio personality?” he continued.

“Just because you are posting your thighs on instagram, so people are following you, you call yourself a role model. I’m sorry if that’s what you are doing,” he further said. 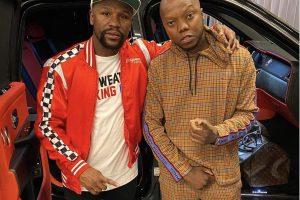