Fans are pretty impressed with the new track, calling him a 'jack of all spades'. 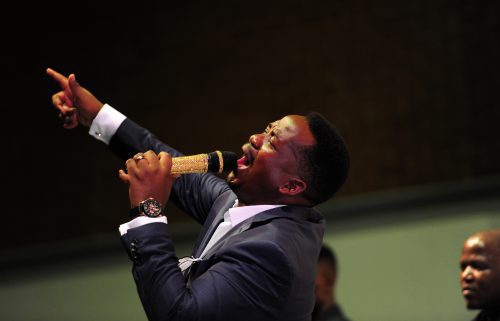 Gospel artist Sfiso Ncwane has released a track that some of his fans say is a hip-hop song. The Kulungile hitmaker appeared on SABC 3‘s The Weekend Edition on Sunday and also performed his track titled Hands Up.

In a video posted on Facebook by Terry Mudau, the artist can be seen doing some “hip-hop” moves and singing along to the song, resulting in some of his fans thinking the video was edited.

So from the lyrics, we can tell the song is not a hip-hop track, but rather Christian hip-hop, and we must say, it sounds really good.