Papa Penny to star in reality show on Mzansi Magic 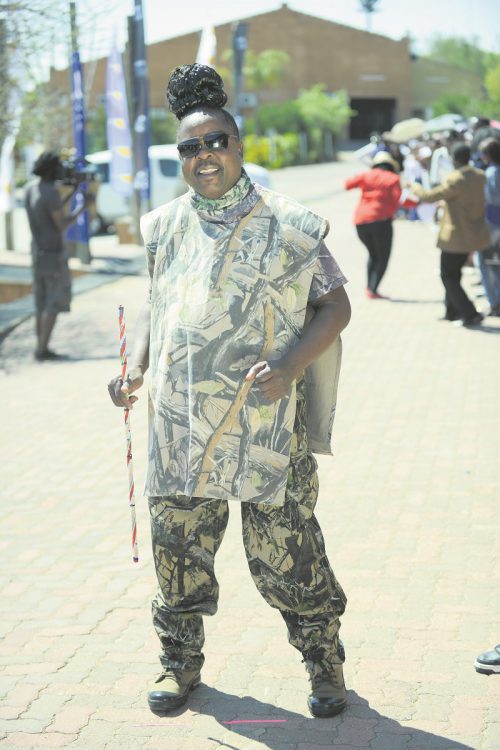 According to DStv Channel Mzansi Magic, Nkovani will present the country with yet another authentic South African production, in the form of Papa Penny Ahee!, a reality show which looks at his complex, yet fascinating, life in and around his hometown of Giyani.

Hailed as the Shangaan Disco King, it was his in-your-face attitude and eccentric synth-pop style that distinguished him from the rest of the pack during the height of his fame in the ’90s.

His flamboyant dress sense, hip-twisting moves and notoriously polygamous lifestyle have kept him in the news ever since, and more recently landed him a role as choirmaster in Mzansi Magic’s Clash of the Choirs SA.

Papa Penny Ahee! will invite viewers into Penny’s colourful world; his every day interaction with his family and his close relationship with his community of Nkuri Sofasonke village, where he was a ward councillor and is known and loved by everyone.

Also featured will be his flashy (some might say gaudy) property, with a hedge that spells out his name, carved wooden doors and pillars, ornate trimmings, as well as his latest DIY creation: a man cave right above the entrance of the sprawling property.

The debut season will cover his family. The father of 17 children, Penny is on a mission to gather all his siblings for his father’s refurbished tombstone unveiling, with his 90-year-old mother by his side. The music star will be trying to contact all his long-lost relatives for a family reunion.

Papa Penny Ahee! will also not shy away from debunking stereo-
typical theories about the province of Limpopo and its people. We also see the hustle and bustle of Joburg, where the celebrity music star comes alive as he interacts with his award-winning producer, DJ Maphorisa, and other musicians in preparation for a major concert.

The reality show will hit the screens on January 11, at 8pm on Mzansi Magic (DStv channel 161).