He's been on our screens for years, with roles in movies such as Cry, The Beloved Country, Mandela And De Klerk and the Academy Award-winning Tsotsi. After more than 30 years on screen, Jerry Mofokeng is excited about his roles behind the scenes. Pictures: Supplied.

But now veteran actor Jerry Mofokeng is excited about a role that isn’t on screen. Just weeks after he was announced as the overall judging chairperson of the South African Film and Television Awards (Safta), Mofokeng told us he had also been recently appointed as the new artistic director of the Performing Arts Centre of the Free State (Pacofs).

Explaining what his new role requires, Mofokeng said: “If this school was a restaurant, I would be the head chef! At this point and time, I’m focused on leaving a legacy. I’m very excited about being able to use my skills and expertise to enrich the school and contribute to the development of young actors.”

However, Mofokeng’s new roles behind the scenes of television and theatre mean that he will be scarce on the small screen.

“My new positions don’t allow me to work like a freelancer. I have to be completely immersed in these roles if I want to do a good job,” he confirms. But while he may not be where we’re used to seeing him, Mofokeng feels as comfortable behind the scenes as he does on screen.

“I’m completely in my element, performing, and teaching youngsters how to perform is what I do best.”

Apart from imparting his wealth of experience to the Pacofs students, Mofokeng also hopes to instil qualities such as professionalism, discipline and commitment in his students.

“Working in the entertainment industry, is not easy,” he says.

“That’s why its so important for young performers to focus on perfecting their craft rather than to chase fame. I feel passionate about grooming disciplined performers – not stars.”

In celebration of Mofokeng’s contribution to the arts, he was awarded the Lifetime Achievement award at last years Safta awards.

“When I was told about the award, I thought to myself ‘Why me?'” but after some time I realised that people had noticed integrity within my work and I was humbled,” he says.

It’s Mofokeng’s wealth of experience that will also make him a tough judge when it comes to determining the winners at this years Safta awards.

“As chairperson, it has been my resolve to maintain the integrity of these awards throughout the process,” he explains.

“The Saftas represent excellence, so the judging process is very rigorous. There are no awards which are being given just for the sake of giving someone an award. That is why we’ve decided not to give awards in certain

The many challenges that local film and television practitioners are faced with will influence Mofokeng’s decision-making.

“I know how hard it is to make outstanding work in our sometimes tough industry. Very often, film and television producers are in a position where they need to create magic with ridiculously low budgets.”

Since he first sat on the Safta judging panel in 2009, Mofokeng has always advocated for the promotion of local and original

“It’s so disappointing when broadcasters buy television show formats from overseas. We shouldn’t condemn ourselves to being copycats; we should encourage the development of original work,” he says.

Mofokeng also maintains that the Safta awards are not given as much recognition as they should.

“The awards are growing, but they need to grow even more.

“Local film and television is fantastic, its about time that people started believing in our industry and investing a lot more into it. The Saftas are a great way for all of us to celebrate our local 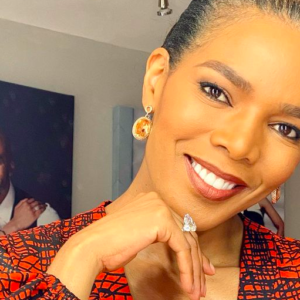