The DJ has taken social media to defend Zinhle, saying there is no need to explain herself. 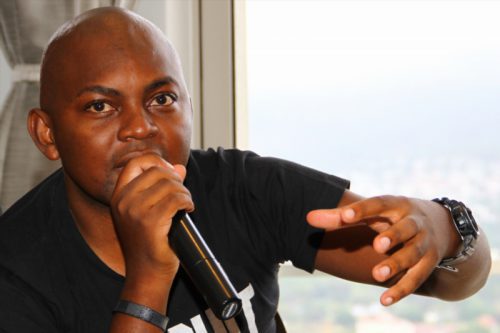 Following reports that DJ Zinhle was planning to consult her ancestors and undergo traditional rituals to get rid of “bad luck”, DJ Euphonik has come to her defence against the claims.

The report had claimed close sources said the DJ wanted to slaughter a goat and a cow in KwaMdakane, KwaZulu-Natal, her birthplace, to appease her ancestors. This is presumably because of her baby daddy, AKA, cheating on her, and, just when thing are looking up, her current boyfriend, Brendon Naidoo, being arrested for allegedly being a scammer.

A Twitter user alerted DJ Zinhle to the reports that even the DJ herself denied, saying there were no such rituals that took place and that she had no bad luck. She actually laughed at the reports, saying she could not expect someone who was not living their dream to understand the value of hers.

“Anyway, I need to get back to work. Can’t keep the crew and ancestors waiting,” she said.

But then, so what, if the reports were true, added DJ Euphonik.

“And even if she was there’s nothing wrong with embracing our culture,” he said.

Though things may be uncertain on her love life, DJ Zinhle’s career seems to be on the rise, with suspicions among her fans that she might be shooting her own reality show.

Is DJ Zinhle also getting her own reality show?