The comedian has been accused of making racist comments on air, claiming she said white people must be punished. 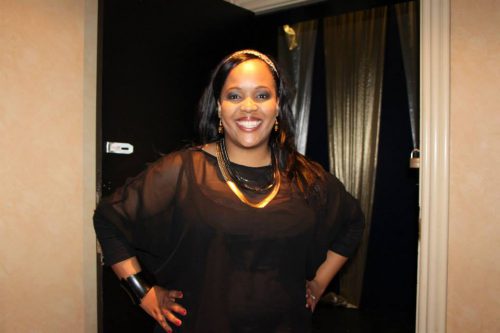 Jacaranda FM presenter Tumi Morake has responded to the criticism she received on social media from listeners who accused her of making racist comments on air.

Morake cohosts the Jacaranda FM Breakfast show with Martin Bester, and on Tuesday they discussed musician Steve Hofmeyr’s show that was recently cancelled in New Zealand.

Morake reflected on South Africa’s history and said apartheid was about the oppression of black people.

“You cannot claim to love a country if you do not love the people in it. You broke down a people on skin colour before you build them up. You are now saying they must just share with everybody and be friends with everybody,” Morake said on the show.

At the end of the show, Morake said: “Can I speak honestly? Not as a Jacaranda DJ and without worrying about the Broadcasting Complaints of South Africa. I hate to have to explain or apologise about being pro black and my Pan-African-ness. The fact is that I did come from struggle parents, and there are certain race issues that are not tackled enough.”

Listeners of the show were not pleased with her comments, with some saying she implied that white people should be punished. Responding to the criticism, Morake said it was time that the listeners who were offended by her comments looked in the mirror and honestly asked themselves why they were so angry.

“What I want to know is why people are so angry, because I feel like this is why extremists will get to win until again we get comfortable with having the uncomfortable conversation about the truth of our past – and the fact that we’re trying to move forward.

“We need to remember why is it that you still find there are so many racially-filled fights that happen, and what happened yesterday made me realise that people forget that your experience is as important as mine and my experience is as important as yours. You need to have the conversation because I’m still getting the feedback of ‘oh now you’re saying white people should be punished’.

She said race was still something that needed to be tackled, and it was important for everyone to get involved without resorting to name-calling. In fact, being pro black did not automatically mean that she was antiwhite, and people needed to understand that.

Morake further detailed her experience since joining the station more than two months ago, saying she had received comments that were not criticising her job on radio but “were very much about me not being where I belong, that was very clear”.

“And I want to say, sometimes also look at yourself and be honest before you attack and jump to your Facebook and start tweeting and Facebooking. Be honest about how it disturbs you that there’s a black voice that stands up and acknowledges its blackness.

“We want to move to a place of non racial South Africa, but I’m gonna tell you my lived experience. My experienced is that I do get treated first as a black woman, and then as a South African, and everything else afterwards. When I speak like that, don’t take it as a threat. Being pro-black doesn’t automatically mean that I’m antiwhite, that’s not what it means,” she said.