Babes Wodumo has staked her claim on Mampintsha after a pic on social media alluding to a new artist's failed romance with Mampintsha surfaced. 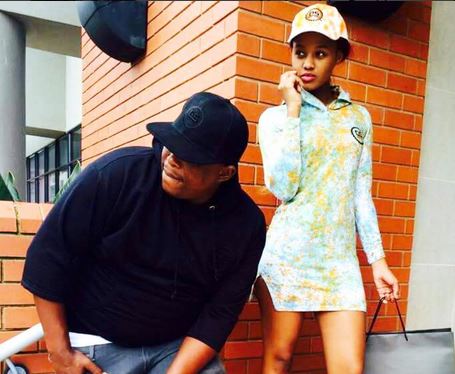 A video of TDK, a new artist signed by DJ Cndo was uploaded on social media.

In the video TDK falls during a performance and her wig falls off. People commented on the image with some speaking of how TDK was Mampintsha’s ex-girlfriend.

This prompted Babes to comment as well. She said: “Wafebe ngeke aphinde amthole. Akhahlale phantsi usis (She had her chance, but ruined it by being unfaithful. She’ll never get him back,” said Babes.

TDK clapped back, saying Babes was a fan of hers and suggested that she had slept her way into the industry.

“You need prayers personally and, besides, your 40-year old man has sugar. I wonder how you deal with his belly and what’s under it, knowing its function is inefficient…”

“Do yourself a favour, go back home, focus on yourself, your brand and school and build your own empire,” said TDK.

Mampintsha said the story was hurtful and Babes wouldn’t not comment on it.