LOL! Here are the best celebrity inspired memes of 2017

Memes have taken over as one of the internet’s favourite ways of expressing itself, and 2017 has been no different. 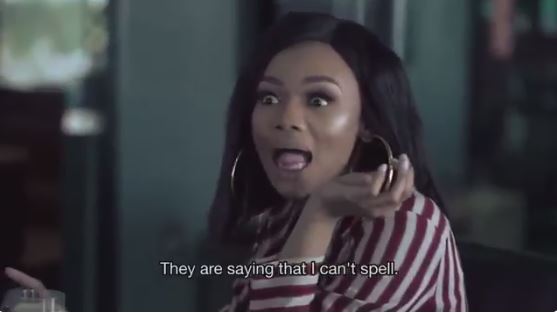 In fact, this year we’ve seen celebrities become the victims of some of the most hilarious memes in the country.

Social media users never seem to run out of creatives ways to use images and these memes are evidence.

“Binglish” was invented after Bonang Matheba’s debut book, From A to B became the biggest talking topic in the country. Not because it was particularly amazing, but because of the dramatic grammar errors from start to finish.

First of all, your National Certificate depends on how you recognise Mo girl as the slay Queen in that English paper. pic.twitter.com/L2hK2oOPIL

Internet sensation, Thulasizwe “Lasizwe” Dambuza, has had many memeable moments but this has to be one of our favourites. This can apply to any situation when you catch someone lying or saying something they may regret.

Riky Rick showed off another one of his cool signature poses. Little did he know that it would become the object of all jokes on the internet.

While many of us would expect a Papa Penny meme to come out of hilarious TV show, it was actually his music video Goldbone that inspired this one.

Me: what's my khala?
Papa Penny:U are a Goldi bone pic.twitter.com/TxbGsekpw4

Kgosi from The Queen (aka Sello Maake Ka-Ncube) has given us many meme-worthy frames during his time on the Mzansi Magic soapie. This tea sip will never go out of style:

This hilarious image of Generations actor, Ntokozo Dlamini staring at his spoon has gone viral around the country.

Following Bonang’s “Laughs in Binglish” meme, the phrase “Laughs in…” has seen many other variations – all depicting some of our favourite local stars.

WATCH: Somizi is in New York looking for Bonang
2 days ago
2 days ago

WATCH: Somizi is in New York looking for Bonang
2 days ago
2 days ago