This is why we think Cassper, Babes and these celebs should downgrade their lifestyle

With financial times looking grim in South Africa, it looks as if we’ll need to start cutting down on our expenditure if we want to stay afloat – and the same applies to celebrities. 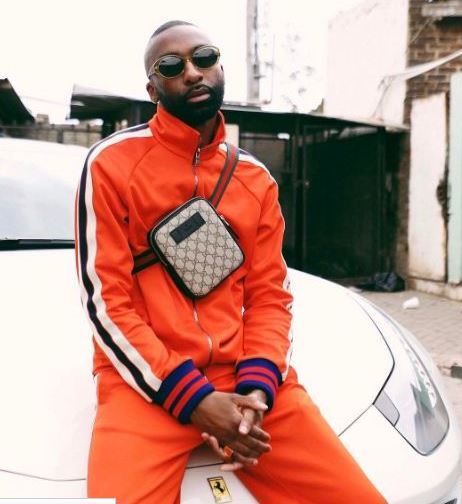 We’ve come up with a few suggestions for how South Africa’s famous faces can help the economy by trimming expenses.

Cassper showed his financial savviness in 2017, but we think he could save money if he sold one of his Bentleys.

Babes Wodumo seems to dye her hair every other week, which is fine when the going is good.But during these dark, junk-status-ridden times, we need her to stick to one colour.

50 shades of Babes Wodumo. We're loving these colours she's rocking. Are you going to try some out? pic.twitter.com/BhmejVz1fn

Bonang maintains a very expensive lifestyle, but if she made simple adjustments – such as switching from champagne to local sparkling wines; we might be able to keep our cash reserves high.

When times are tough, some of our biggest luxuries are often the first to be thrown out. Khanyi Mbau’s expensive skin and cosmetic treatments fall into this category.

Kenny Kunene needs an entire cost-saving programme. After all, he bought his child an R80 000 pram, he has a taste for “expensive alcohol” and he’s a self-confessed former blesser.

We’re in junk status, perhaps even a technical recession. There is no budget to support Somizi’s lavish fashion habits.

Reggie Nkabinde has more money than most people (just look at Mabala Noise) but a R60 000 wedding cake really takes … the cake.

#MTVNewsISH This cake right here is worth R60 000
????????
Reggie Nkabinde donates his wedding cake to an orphanage and old age home for Skaftin' pic.twitter.com/CvgihzsH3L

Minnie Dlamini’s three-part wedding documentary was one of the most beautiful things we’ve seen on television, but it was only available to DSTV premium subscribers. In these tough times, many people can only afford the compact packages!

We’re not trying to stop King Kotini from expressing his amazing sense of fashion, but these are not the times to be flaunting Gucci and Louis Vuitton clothing.

Riky Rick is the type to sell his kidney for some Gucci pic.twitter.com/r3l0qbuFMv

Being a slay queen is extremely expensive and although we don’t want her to stop winning, we think Faith (AKA Queen Twerk) can help the cause by trimming the budget in a few areas.