AKA reignites feud with Cassper in shady song

AKA is back on form as he calls out his enemies in a new song. 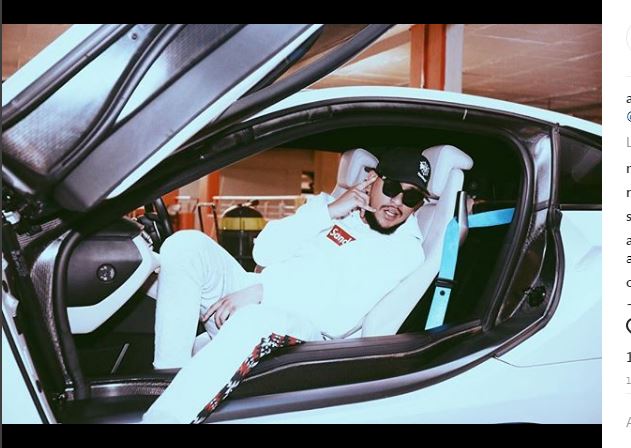 AKA has returned to the limelight after a slow start to the year. In a new song, Star Signs, the rapper shaded half of the industry and he wasn’t alone in doing so.

Kiernan Forbes, the rapper formerly known as AKA (as he wrote on the cover art of this new single), teamed up with Stogie T (Formerly of Tumi and the Volume) and the two caused havoc on the new track.

It began with AKA firing shots at rappers who sound “American” – a common criticism of South African artists who speak and rap with an American-sounding twang.

SupaMega rapped on his verse: “Mega you old school now, but how you still so relevant in an era where n**gas sound so American/ No pride in their own heritage, whole vibe so negative, ain’t nobody going to remember them.”

If AKA took aim with his lines, then Stogie T pulled the trigger and it was immediate that he was targeting fellow rappers in the industry.

One line is believed to have been aimed at Cassper ‘Mufasa’ Nyovest as Stogie rapped: “Can’t get Mufasa’d by antelopes”.

While in another line, Stogie fired a subliminal shot in Riky Rick’s direction: “How ironic, so much Gucci but no material in music”.

Cassper and Riky Rick notoriously fell out with Tumi Molekane last year after denying the legend’s claims that he helped them both out in the early days of their career. He was clearly not impressed with their retorts and hit back in fiery fashion, not only delivering these lines but by doing so on an AKA track (whose record with Cassper is contentious to say the least).

The lines incited a lot of chatter on social media, with many AKA fans applauding their favourite rapper for delivering such powerful blows.

Others, however, accused him for being hypocritical with his jibes about “American-sounding” rappers.

Cassper seemed to be completely unfazed by the hype that the song generated. He let his followers know that all was good and happy in his camp.

I had such a beatiful day. I’m blessed and sometimes you need to take time, look around and say thank you Jesus. I appreciate my life exactly the way it is and I know that my better days are yet to come which is amazing cause I’m good with this right here. Life’s good.

It may be all smiles on the outside, but don’t be surprised if Abuti Fill Up is already working on a response.