Mzansi’s ‘It girl’ Bonang Matheba was reportedly excluded from the annual Veuve Clicquot Masters Polo last week, because organisers did not want 'drama'. 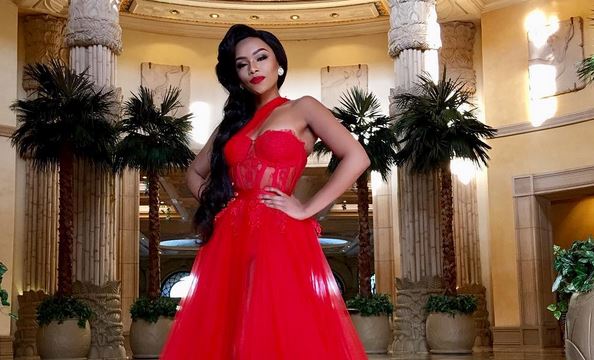 Sunday Sun reports that the organisers of the swanky event notified their PR companies not to invite B to the event.

The tabloid’s sources claim that B was banned because of the drama she caused at the event last year when she demanded to be moved to a different marquee to Somizi.

She also allegedly spilt her drink during the dramatic episode.

At the time Sunday Sun also reported that when she arrived at the event she saw Somizi in the marquee and asked to be moved.

“They don’t breathe the same air and don’t even greet each other,” a source said at the time.

Somizi and Bonang’s friendship took a nosedive after Bonang was apparently told that it was Somgaga who told DJ Zinhle about her affair with AKA.

During an interview on Real Talk with Anele Mdoda last year Somizi said he never expected their friendship to end so bitterly.

“I loved that girl and still do and I never thought our riendship would die. She was my Lebo Mathosa,” said Somizi, about his former best friend, to talk show host Anele Mdoda.

Bonang has kept mum on the most recent tabloid claims surrounding her.