Cassper Nyovest blasts fan who compared him to Winnie Mandela

The funeral of the struggle stalwart was compared to one of the rapper's fill up concerts. 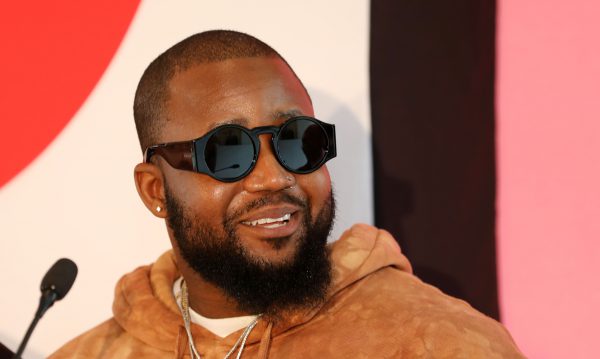 As the country gathered at Orlando Stadium in Johannesburg on Saturday to bid farewell to political stalwart Winnie Madikizela-Mandela, some insensitive trolls made jokes about Ma Winnie “filling up” the venue.

Ma Winnie was laid to rest after an official state funeral at the stadium that was filled to capacity.

The roads leading to the stadium were a hive of activity as street vendors sold colourful regalia and food to mourners.

It is unclear if the troll who drew the comparison between Ma Winnie and Cassper’s stadium concerts was trying to be funny or was just insensitive, but the person tweeted the rapper telling him to take a page out of struggle hero’s book.

The person said that Ma Winnie “showed Cassper how to fill up a stadium,” in a tweet that has since been deleted.

The Doc Shebeleza hitmaker stumbled upon the tweet on his timeline and quickly put the person back in his place.

“Mama Winnie is an icon, comparing her to me is disrespectful to her. I’m just a rapper bro, merely just a rapper,” he said.

Mama Winnie is an Icon. Comparing her to me is disrespectful to her. I’m just a rapper bro, merely just a rapper. ????????‍♂️ https://t.co/oDgYQ5ugVp

The rapper’s fans were also left fuming over the comparison, and lashed out at the troll.

This tweet doesn’t even deserve a response from Cass pic.twitter.com/0Zo0X3hUii